Cast members are are in jeopardy of losing their jobs! 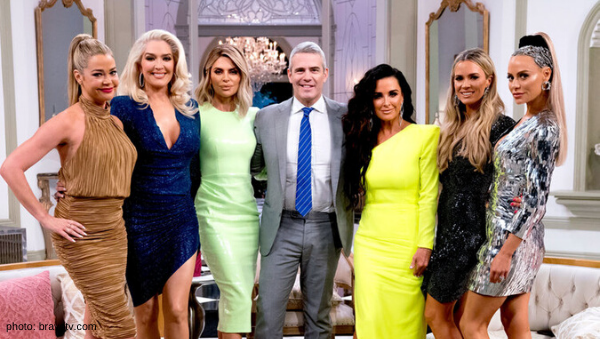 The ladies on the Real Housewives of Beverly Hills better hold on to their diamond. No, there’s not a diamond heist in the 90210 zip code, but some potential recasting on Bravo‘s hit show. It seems that the network’s ‘suits’ finally heard our cry.

Many Bravoholics, including myself, have expressed their displeasure with the last few seasons of RHOBH. Apparently, the footage recorded for the upcoming tenth season portray the women as “pleasant, amiable, and supportive” – which is not what reality tv fans typically subscribe for.

Inquisitr reported, “If certain members of the cast don’t ‘start to pick up the pace’ when it comes to the footage they are providing, their full-time positions on the series could be taken from them.” Did you hear that, Teddi Mellencamp?!?!

According to LALA Late News, cameramen have recorded “lackluster bland footage, so far.” Their source continued, “There is no big tension, no central story line, no central conflict, just some petty spats. There is a void.” Could that void be Lisa Vanderpump, dah-ling?

Taste of Reality‘s Troy Turner joined me on this week’s On This Day Entertainment podcast to break down this week’s news. Among the many hot topics discussed, we dished our fantasy Real Housewives recasting choices. Click here to find out if you agree with us!

Be the first to leave Comments for RHOBH Cast Shake Up