Paul Nassif got a facelift to reduce excess skin after weight loss. 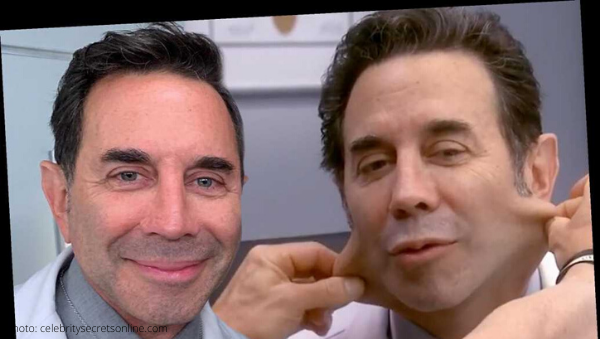 Former Real Housewives of Beverly Hills husband, Paul Nassif, admitted to getting plastic surgery last year. The Botched star claims he got a face lift to reduce excess skin around his neck and jawline after losing weight. Paul told Page Six, “The excess skin, especially in my neck, was driving me crazy.”

Is it just me or was it totally obvious that Paul’s face changed dramatically last year? I assumed he got work done to appear more youthful for his second wife, Brittany Pattakos, who is nearly 30 years his junior.

I must not have been the only one to notice, as the popular plastic surgeon denied the claim. “It’s something that I personally wanted to do for myself,” the former Mr. Adrienne Maloof assured Page Six. “It doesn’t matter if I am married to someone 105 or Brittany, I would have done it.”

Do you think Terry’s jokes were a contributing factor in Paul’s decision to go under the knife? Drop your opinion in the comments!