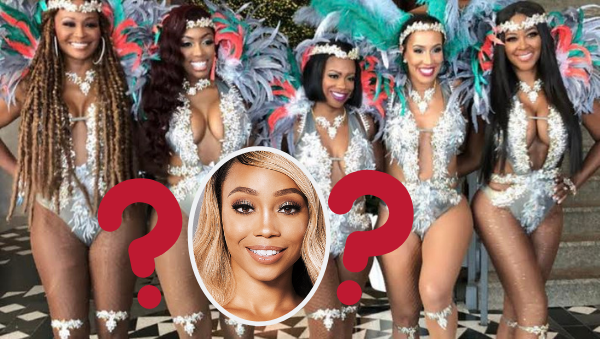 The Real Housewives of Atlanta stars strutted their stuff at Toronto Caribbean Carnival days ago. The cast members shared copious amounts of photos to their social media accounts, and there were some obvious shake-ups that need to be addressed.

Tanya landed a friend of role last season, but – by the looks of it – may have gotten a peach. Allow me to explain.

Tanya isn’t a stranger to the carnival. She rallied the ladies together to take a cast trip to celebrate Tanya’s roots. That’s a lot of story line for someone who is not a main character.

Thank you @toronto_carnival for the best year yet!! 💃🏽💃🏽 This year’s parade was amazing🙌🏾 I loved the new route and the Toronto massive never fails to come out and party all day long ❤️ So grateful to be back in my home town. Many thanks to the #1 band mas camp Carnival Nationz @cnzinc. Fabulous costumes by @dchangkit Makeup by💄 @neosbeauty Our truck was 🔥 from 9 am also in part to @hennessycanada who kept us going 🙌🏾 Can’t wait until 2020- it just gets bigger and better #TorontoCarnival #canada #thesix #caribbeanparade

If Tanya got a peach, I wonder if it’s because Shamari DeVoe lost hers. Last season’s newbie will noticeably absent from all of the group’s photos and videos. I did some social media research and there is NO talk of RHOA to be found. At least the mother of twins is staying positive while the RHOA ladies party.

Blue skies Smiling at me Nothing but blue skies Is all I see💙💙 Dress: @fashionnova

In case you were wondering, Eva Marcille and Marlo Thomas were also photographed during the trip. All of last season’s main players were in Toronto together – minus Shamari. 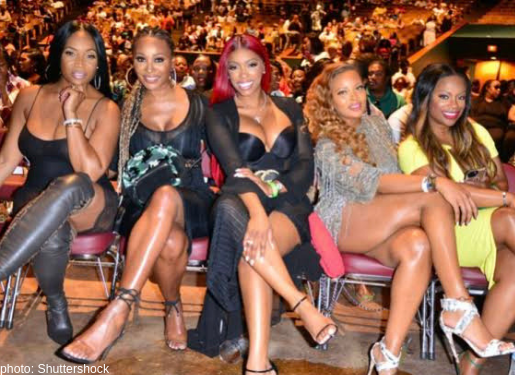 What are your feelings of the possibility of more Tanya and less Shamari? Drop your opinions in the comments!

one Comment for RHOA Cast Member Missing From Group Trip