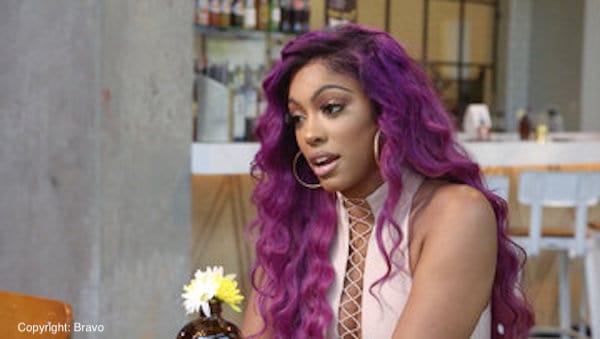 Last night was a night I’ve been dreaming of for months. When 8 o’clock rolled around, I climbed into bed as the lights dimmed, turned on the television, and finally took my friend’s Real Housewives virginity. Although I’m already well aware of the absurdity of all the housewives, it’s enlightening to watch RHOA  with someone who has never seen it. I’ve gotten used to the ladies overdressing for every occasion, arriving late to their own party and greeting each other with an excessive amount of hugging even though they had just seen each other a few days earlier. Yet my friend couldn’t fathom their behavior. And quite frankly at many points during this episode, I couldn’t either.

Episode six starts with Cynthia Bailey discussing her daughter, Noelle’s, impending departure for college with Noelle’s dad. Cynthia makes it clear she isn’t ready for her daughter to leave when the three have lunch together. She may try to pour her daughter’s juice for her, but don’t be fooled. Cynthia isn’t a regular mom; she’s a cool mom. She encourages Noelle to order a cocktail so she can be “prepared” for college. As someone who ended up in the hospital their first semester of college because I had no idea how to consume alcohol, I don’t think Cynthia’s desire to teach her daughter to drink responsibly is all that bad.

Shamari DeVoe and her husband have a lunch of their own with Kandi Burruss and husband Todd. The couples discuss their sexual relationships and their frustration with other couples who don’t understand non-traditional relationships. That’s great bonding and all, but the most fascinating part of this scene is how Shamari’s boobs are staying up in the strapless dress she wears in the confessional. I could use an entire roll of duct tape, and I still couldn’t get my boobs to look that good.

Speaking of boobs, Nene Leakes decides to throw a “Boobs and Bourbon” themed couples party in an effort to cheer up Gregg. Before they run into each other at the party, Porsha Williams decides to meet up with Kandi to discuss Kandi’s comments about Porsha’s boyfriend, Dennis.  Porsha is obviously upset that Kandi talked about her man to the other women. Yet as Kandi says, she was just trying to warn Porsha about Dennis’ past. Porsha doesn’t want to know anything about her man, so Kandi agrees not to tell her anything else.

Porsha and Dennis don’t look much better; they walk in looking like Christmas with her red hair and his green suit. Can someone please get these people some Jovani already?

The couples go around and share the stories of how they met and their first dates. Some guy we’ve never seen before accompanies Marlo to the party, and they opt out of the story sharing (probably because she met him the day before on Tinder).

Eva Marcille sits next to a girl she went to high school with. Eva tells the girl that it’s nice to meet her, and immediately the girl grows cold. This may have been the part where my friend grew so bored of the drama that she momentarily fell asleep.

Eva’s former classmate announces in front of the whole dinner party how rude it was for Eva to “pretend” to not know her when they’d apparently met many times before. Who is this girl, and why is she here? We have enough friend of the show drama with Marlo; we don’t need more.

At the end of the episode, Porsha surprises Dennis with a chef cooked meal for his birthday. He then surprises her with a diamond necklace. Let me reiterate: he bought her a necklace on his birthday.  I don’t care if his entire body is covered in tattoos of his ex’s names, if he gives me a diamond necklace on his birthday he’s a keeper. Porsha reveals an even bigger surprise when Dennis opens his presents. She gives him baby clothes and shoes and tells him she’s pregnant. As if he wouldn’t believe her, she whips out a positive pregnancy test from her bra. She peed on that! Why would you want it touching your skin?!

If I were Dennis, I’m pretty sure I’d consider it one of my worst birthdays. No real presents and I find out I’ll have to shell out thousands over the next 18 years to pay for a kid? Nah.

How do you think Porsha will reveal to the other women that she’s pregnant? Share your thoughts below!

Be the first to leave Comments for RHOA Recap: Whining and Dining