The couple was together for one year and share a daughter, Pilar Jhena. 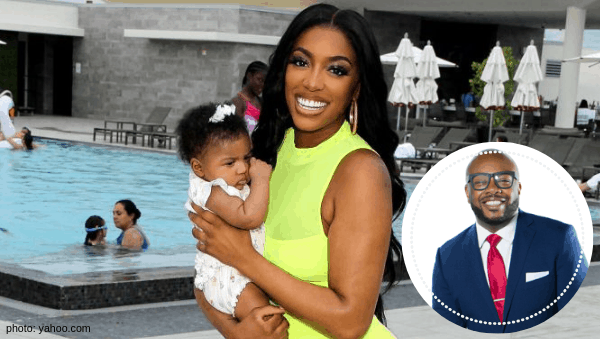 Real Housewives of Atlanta star, Porsha Williams, split from her baby daddy, Dennis McKinley. The couple was together for one year and share a daughter, Pilar Jhena. “There is a tiny, tiny, tiny chance they would get back together,” the relative confirmed to US Weekly. “[But] likely no.”

Porsha made her relationship Insta-official in June of 2018. They were engaged in September and within months, Porsha had a daughter, ‘PJ.’ The couple’s drama has been documented on the gram: Porsha and her family stopped following the hot dog mogul after cheating rumors surfaced. He denied the rumors, and Porsha started following him again.

An official cause for the split has yet to be announced. There has been speculation circulating online as to what happened. In addition to the copious cheating rumors, AllAboutTheTea.com alleges that Dennis uses cocaine, gambles, and even has a bestiality fetish.

Yes, you read that correctly. Click here to read the article from All About The Tea for yourself.

Are you surprised by this split? Sound off in the comments!