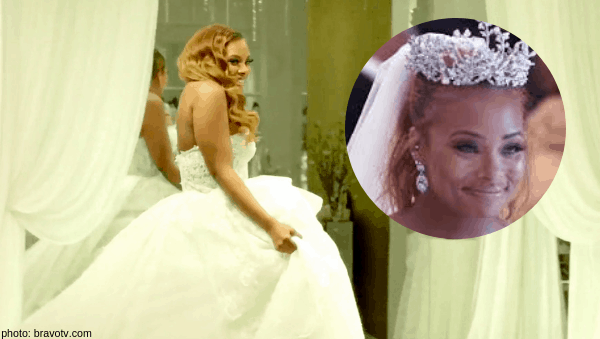 StraightFromTheA.com is an awesome Atlanta-based celebrity blog that got some dirt about Real Housewives Of Atlanta newbie, Eva Marcille. There was a bridesmaid in the America’s Next Top Model winner’s wedding who is spilling piping hot tea. Let’s call the loose-lipped bridesmaid, LL.

LL is alleging that Eva’s entire living situation is a fraud and gives a detailed run down on all the things she’s doing to keep up appearances. Here are the accusations as to why ‘Eva The Diva Is Also A Fraud,’ CliffsNotes edition:

StraightFromTheA previously reported that they heard Eva was emotional during the reunion taping because LL got camera time and aired Eva’s dirty laundry. More to come as this shady story develops!

Do you believe LL and think Eva’s public life is a lie? Sound off in the comments!

Be the first to leave Comments for RHOA: Eva Marcille Burned By Bridesmaid