It was reported that B had a 'contract dispute' with Bravo executives! 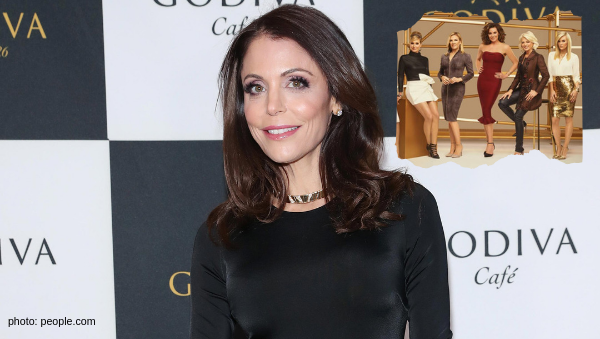 “I’m not a Housewife, but I am real.” –Bethenny Frankel‘ season 7 tagline

The REAL reason Bethenny quit Real Housewives of New York is revealed. It was reported that B had a ‘contract dispute’ with Bravo executives, according to reports from Page Six! “A source said Frankel already had ‘one foot out the door’ as negotiations for her ninth season kicked off with Bravo, and she ‘was confident there were options out there for her. She’s happy in her personal life with [real estate exec and film producer] Paul Bernon.'”

Bethenny, with her note worthy big d!ck energy, walked into a room of executives and dropped a very large number as her proposed salary to see if Bravo would agree. They didn’t, so she quit. According to Page Six, “she gave a statement about her departure to Variety so fast that even some of the show’s top producers heard it first on social media.”

Bethenny dished to Variety, “It’s time to move on and focus on my daughter, my philanthropy and my production partnership with Mark Burnett, producing and starring in shows which represent a shift in the conversation for women.”

I wanted to take a moment to write a personal note to you. I am so grateful to you for sticking with me through everything. You started this journey with me in my tiny apartment in my late 30s, wondering what would happen to me. I was broke, single, had no family and no idea what the future held. I had big dreams and I never stopped, but I honestly didn’t know if I would ever get here. You helped me to get here. I would read your letters and messages and grow from your struggles. You would give me your honest opinion about my products and projects and helpful advice about divorce, relationships, motherhood, miscarriages, health, and surviving the death of a loved one and almost my own. You have shared your ideas with me and I have been inspired by and learned from you. I am fortunate to have created a business and career that some people only dream of. I had a beautiful baby girl who is now 9 years old, and she has changed me as a human being. I was able to give back and help people all over the world who have been hit with the worst of unforeseen circumstances, which we will all continue together. GO for it. Whatever it is. Reach for your dreams in life and love and make the impossible happen, because it can happen and it WILL happen. Come from a place of yes and it’s yours for the taking. Thank you so much for your love and support. And stay tuned, you haven’t seen the last of me. There are many amazing things to come. I love you all and am so lucky to have you in my life! PS: New York City is still my playground. . ♥️xo♥️ . B

Let’s all remember Bethenny’s season ten tagline, “It’s great to be successful. But it’s even better to B Strong.” Wise words, from Queen B.

Do you think there is more to the story of Bethenny leaving RHONY? Drop your theories off in the comments!