These women all deserve divorce parties 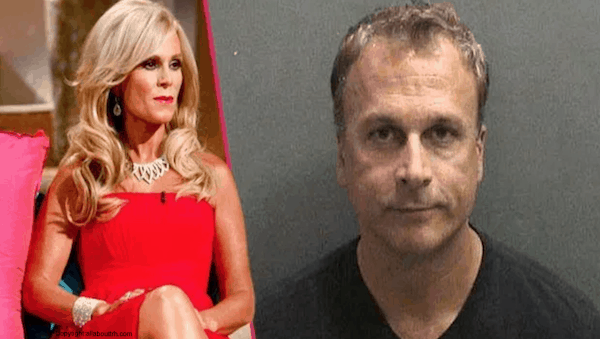 We’d never root for a relationship to fail (except Jax Taylor and Brittany Cartwright’s relationship last season on VPR. She deserves the entire world, but he only gave her the equivalent of a  small plot of land in the wild filled with snakes, pigs, rats and, well, him).

However, we will rejoice when unhealthy, toxic marriages end in divorce. While some of these divorces did, we wish all of them could’ve all ended amicably and not had a negative impact on any kids involved. Yet as my dad used to sing to me whenever I asked for ice cream for dinner, you can’t always get what you want.

There are plenty of real housewives who have gotten divorced while on or off the show, but check out our list of the real housewives divorces we’re the most thankful for.

Jesus Jugs’ prayers clearly didn’t help her now ex husband, Jim,  Sometimes divorce is the best option, and I’m glad Alexis finally figured that out as seems to be doing better now (alongside her cute new boyfriend). Jim never seemed fully supportive of her and seemed to prefer her being a trophy wife and taking care of the kids. He also never told his wife he dated Peggy Tanous, even when Alexis became friends with her on the show. Communication is key people!

The amount of hatred I harbor towards Bethenny’s ex is more than my hatred of people who continue to keep up their Christmas decorations well into March, and that’s saying something. The way she’s still being treated by her ex is without a doubt the worse any housewife has been treated on the show. He married her for her money, and now he continually threatens and stalks her.  Someone as talented, hilarious, and beautiful as Bethenny deserves the best. Just stop with the abuse, and get off her jock, Jason.

It’s typically not a good sign when you don’t want to hang out with your husband sober. From cheating to commenting on her weight and putting her down in front of other people, David acted like a husband from hell much of the time. Of course, Shannon isn’t blameless in their divorce either, if her breakdowns on the show are any indicator of what her marriage was like. The Beador breakup was best for both of them, and I hope Shannon is able to move on.

Simon seemed to always yell and put down Tamra, and I can’t help but think he’s a big part of the reason why their daughter never wants to see Tamra. I mean, accusing someone of child neglect is a huge allegation, and you don’t make allegations like that unless they’re 100% true. Tamra has been nothing but a good mother, and we’re so, so thankful for Eddie and his big, albeit unhealthy, heart. 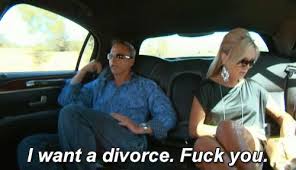 Was there anyone who thought this marriage would actually last? The Countess should’ve known better than to marry someone who has slept with half of the rich women in New York and cheated on her while they were engaged. You can’t say she wasn’t warned… numerous times… by numerous people.

Check out our list of all the divorces in real housewives history here.