These stars are putting the LOVE in Love & Hip Hop New York! 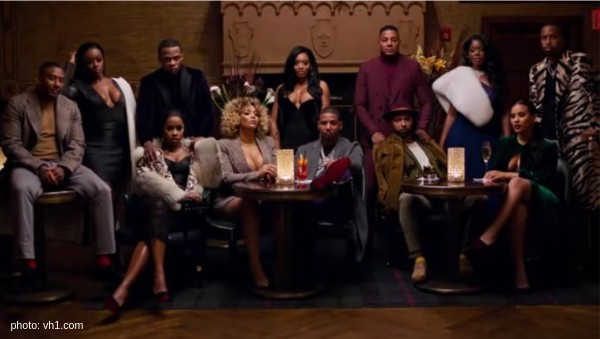 From the birth of the #goldenchild to surprise proposals and over-due weddings to the fight for social justice – these LHHNY cast members have been putting the LOVE in Love & Hip Hop!

The Golden Child Is Here and It’s A Girl!

After overcoming such a tough labor/delivery! My wife breast feeds our child, around the clock. I’m so amazed by her strength, courage & motherly touch. @remyma Thank you babe! This is all a dream come true! #thegoldenchild Daddy got you forever 🙏🏿🙏🏿 You are the definition of beauty.

Remy Ma is a Mama again y’all; a Mama!  Remy is back home following a rough birth, a few complications including having to be readmitted into the hospital.  The Mackie family is loving every moment with the #goldenchild.  And to make us just a little more jealous of their love story, Papoose gifted Remy with her new push present, a CADILLAC ESCALADE.  Again, does Papoose have any brothers?  Congratulations to Remy Ma and Papoose!

🤱🏾🤱🏾🤱🏾🤱🏾🤱🏾ALL DAY! Can somebody tell me how to store enough 🍼🥛so I can get in the studio ; I got so much I wanna say🔥 #TheGoldenChild #SheWannaEatEvery45Minutes 🤷🏽‍♀️#RemyMa #ImReady

But I’m going to need this not to be a Cardi B and Offset situation because I NEED to see the #goldenchild ASAP.

Joe Budden liked it, so he put a ring on it.  Cyn Santana is finally about to be wifed up and the proposal was nothing short of a Mona-style orchestration.  The proposal took place in front of hundreds of people and sadly was not filmed by the LHHNY cameras.

She. Said. Yes. Thank you God. 🙏🏽 | all important shots in my life @jnsilva

No worries ya’ll I’m certain that the wedding planning and shade throwing will be worth the pain of missing out on the full proposal.  Be sure to tune in next season.

Still at a loss for words, it’ll come to me later…

Hearts Are Breaking All Around The World.

Ladies & Gentleman, I can hear your hearts breaking all around the world.  And if your heart is fully intact I’m going to need you to take a seat right now before I tell you a little something, something.  No, really take a seat.  I’m about to break your heart.  SAFAREE SAMUELS & ERICA MENA are engaged!  ENGAGED!!!!

I’m absolutely the luckiest woman in the world ❤️💍👑 A Man who has never been afraid to love me. A MAN who has been here and knows everything I been through. Everything before this- It no longer matters. ❤️💍Wedding date set. To our family and friends- Check your mailbox very soon ❤️💍 Custom made and designed by @iamsafaree & @traxnyc 💎 14CTS in Asscher cut Russian cut and a cushion cut center stone diamond – Every single detail was @iamsafaree idea ❤️💎👑 You truly are a KING 🤴🏿👑

After a two-second courtship that popped up out of nowhere, Safaree who may be the most romantic cast member out there, put a ring on Erica’s finger.  The proposal was romantic and I’m unashamed to say that my soulless, cold heart teared up a little.

🎇 Some people like to say I’m Extra, I like to say I’m Just me and I’m different. I thought of everything I could possibly due to make this a unforgettable moment and it was all executed perfectly! Merry Christmas 🎄 Thank you @traxnyc @daronfrom112 @exit21_music @jusmoney86 @themadviolinist @therealkdmcnair 📽 @directedbybank @samkingdom

This is engagement number more than 1 for Erica so let’s just hope forever love seeking Safaree has FINALLY found the one.

Now This! Only GOD can take credit for it. ❤️🙏🏽

Kimbella Proves That She Is The Ultimate Ride or Die.

She’s a married woman, y’all,  Juelz Santana not only put a ring on it a couple of months ago, he actually followed through and wifed up long time partner, Kimbella Vanderhees,  The wedding was a huge affair and all of Hip Hop came to show some love.  Jim Jones, Cam’Ron, Maino and Joe Budden put in a command appearance. 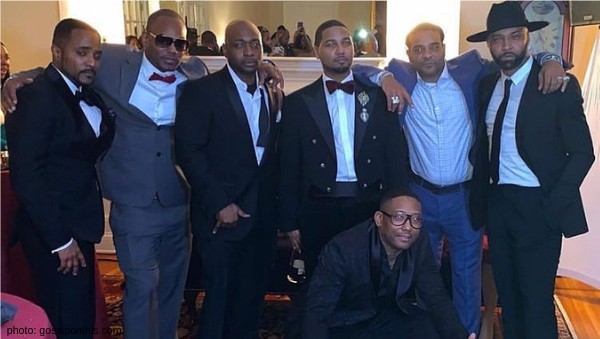 The wedding party consisted of fellow LHHNY cast mates Cyn Santana, JuJu Castenenda, and frenemy Yandy Smith-Harris.  I guess all is good with the former besties. 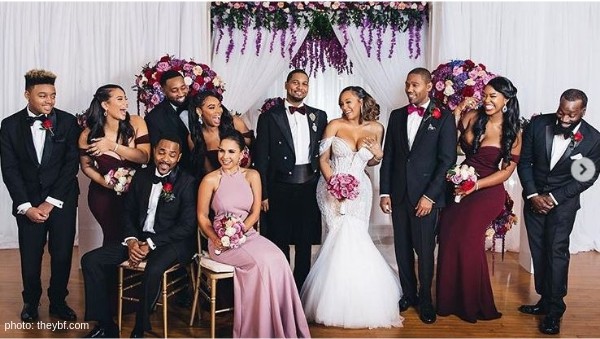 At least Kimbella and Juelz can now enjoy those conjugal visits when Juelz reports to prison in a few weeks time.

Yandy, A Young Angela Davis In The Making.

Yandy found herself on the right side of history, but the wrong side of a spray gun.  She was pepper sprayed while protesting the horrendous conditions plaguing inmates at a local Brooklyn jail when the heat and electricity were off during an epic storm.  Since her husband Mendeecees Harris started his prison sentence, Yandy has become a vocal advocate of prison reform.

IM FREEZING BUT THEY ARE IN THERE DYING, inmates in Brooklyn are being denied there basic HUMAN RIGHTS!!!!! The lights are shut off. The toilets are shut off. There’s no hot water and blankets have been refused and turned away by warden Quay. !!! I’m At the federal detention center right here in Brooklyn, where temperatures are BELOW FREEZING, the heat and electricity have been turned off SINCE MONDAY. 1,600 HUMANS are there. That is them, right now, banging and making noises so people outside can hear them. MEN AND WOMEN are getting sick and are freezing. The only thing working since Monday are small emergency lights. This is a gross human rights abuse. One guard just told me he just took the temperature inside and that it is 33 degrees in there. #OccupyForHumanity @shaunking @theshaderoom Incarcerated Individuals Have Rights Too! JOIN US In Solidarity With Our Incarcerated Family 2/2/19 12pm – #UntilThereIsHeat MDC Brooklyn Detention Center 80 29th st Brooklyn NY 11232 Dress Warm…We Will Be There Until All Services Are Restored! @mysonnenygeneral @jamilatdavis @tamikadmallory @yandysmith @ericaford_ilovemylife @lsarsour @trife_gangsta @nyjusticeleague @msladyjustice1 @angelo_pinto_

Its #WCW and today we celebrate @yandysmith . Yandy has used her platform to shed light on injustices throughout NYC and we salute her for that. #blackhistorymonth #yandysmith #wcw #detentioncenter #nycheroes #nyc

Even after being pepper sprayed, Yandy, with a show of support from social media, stuck it out for the cause.  Fortunately, Yandy sustained no permanent damage and I’m sure we’ll see her continue to fight for the undeserved.

So far 2019 has been a year of big transitions for our favorites.

Who do you think is about to have the most dynamic 2019?  Let me know in the comments below.

Be the first to leave Comments for These stars are putting the LOVE in Love & Hip Hop New York!