Inquiring minds want to know- How did he pay for it? 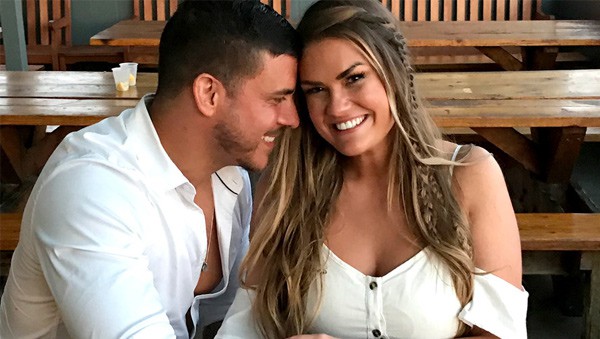 Hell must have frozen over, because Jax Taylor is committing to his longtime love, Brittany Cartwright.

Not only did Jax give Brittany a bomb ass engagement ring, but he also set up a super cute mini engagement party. I mean, are pigs flying? Is this some parallel dimension version of Jax? #VanderpumpRules

After the way we saw him treat his ex-girlfriends and ex-hookups over the last seven seasons, we never thought we would see this day. But here we are. Unfortunately, it was the death of Jax’s father that prompted his perspective switch on tying the knot.

Congratulations to the couple. I hope y’all (that’s for Brittany) have a lifetime full of joy, health and happiness.

Now, let’s get to business. We need to talk about the engagement ring… 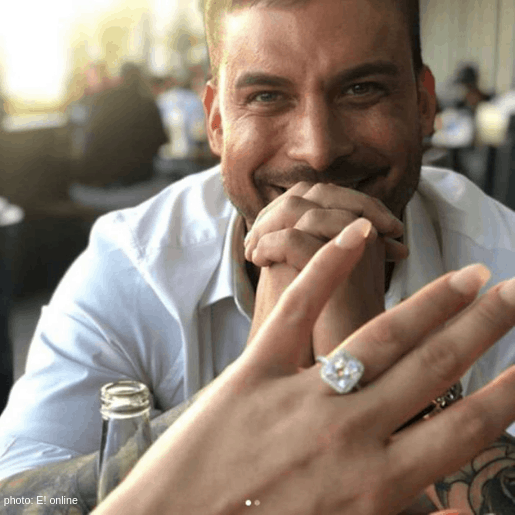 The only thing bigger than that rock is the elephant in the room as to how in the world an ex-SUR bartender was able to afford a $70,000 engagement ring. Of course he makes money from Bravo, guest appearances, advertising campaigns, his new mixers called Just Add X (lol) but $70,000 on a ring?!?! He definitely didn’t earn that kind of cash from making mediocre Pumptinis! There must be more to this story…

Jax CLAIMS that the money for Brittany’s ring came from his deceased father’s estate. Jax really seems to have changed since his father’s passing, so I really hope he wouldn’t lie about this….

Jax Taylor Dishes On Brittany Cartwright’s Engagement Ring, Explains How He Paid For It

I’m glad there are people that are less skeptical than me out there, it’s refreshing.

Watching @mrjaxtaylor say the money his father left him is going towards Brittany’s engagement ring (which is soooo beautiful) really made me respect him so much more and I definitely feel he’s going down the right path 🙂 go Jax!! 💛

Some say Jax was ‘sponsored’ by the jeweler in exchange for publicity.

Sorry for my creepy eyes, couldn’t fix it. Anyway I just want to say how much I care about this guy @kylechandesign you are one of the most kind hearted souls I have ever met, you truly bring a smile to everyone. I just want to say thank you once again for creating Britts amazing ring, it started with an idea in my head and six months later you made it become real. I also want to thank you for being my friend, We have become so close and I consider you family, thank you for always listening to my meltdowns and giving me good advice. love you Kyle!! You’re an angel sent from heaven. 😊 ⏱by: @cromwellwatchco

Looks like Jax isn’t the only former SUR employee to sponsor this jeweler.

@stassischroeder sporting our 27 carat emerald ring in 14 karat rose gold and our panther diamond ring. #Emerald 😱😱😱❤️❤️💎💎💎it was a love at first sight.

Maybe he stole the engagement ring, like the sunglasses in Hawaii.

Does Brittany shine bright like a diamond? Yes, Rihanna and I agree on that one. If anyone deserves a ring like that is it indeed Miss Brittany Cartwright. Good for you, girlfriend.

How Jax was able to get THIS RING on Brittany’s finger, we may never get an honest answer- we are talking about Jax here. Nonetheless, he did gooooooood. (cue slow clap)

Do you trust that Jax afforded this ring in an honest way? Let me know down below!