'Tis the season for pumpkins and pregnancies 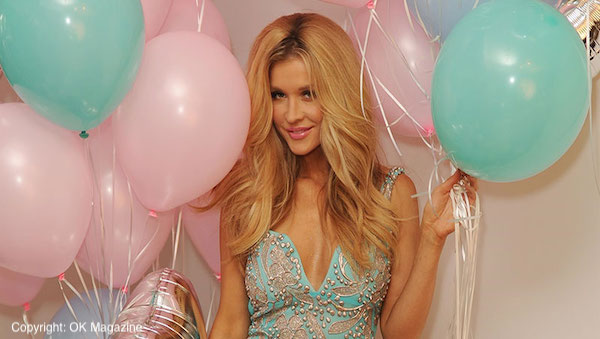 From Andy Cohen to MJ Javid, a lot of reality stars became parents to more than just fur babies this year, and even more, have a baby on the way now!

Check out the reality stars expecting a star of their own!

The Kardashian clan keeps popping out kids, but this time it’s not an actual Kardashian who is pregnant. Khloe‘s best friend, Malika Haqq, announced on Instagram that she’ll soon join her friend as a new mom.  I’d be remiss if I didn’t comment on just how absurd the way she announced her pregnancy—via a sponsored selfie featuring a pregnancy test brand—truly is. I mean, imagine your mom literally capitalizing off of you as a fetus. I’m all for making money where money can be made, but wow.  Also, I get that a positive pregnancy test is symbolic, but it’s still just a peed on plastic stick inches away from her face… Malika hasn’t named the baby’s father yet, although I’m curious to know what his thoughts on the announcement are. Rumors are swirling that the father may be her ex, O.T. Genasis, but we’ll have to wait and see.

I listen to my heart, and I’ve decided that the rest of my life will be the best of my life. I’m pregnant! I didn't know when, I just knew one day. God said it’s my turn, and I couldn’t be more grateful for the little spirit that grows inside of me. I am yours, baby, and you are mine. Thank you, @Clearblue for being a CLEAR and intricate part of the most important test result of my life. 2020 baby! #ClearblueConfirmed #ClearbluePartner

Faith Stowers played a major part in Vanderpump Rules drama despite not being a cast member… Any guesses?  Faith was the server who revealed she slept with Jax Taylor, believing that he wasn’t in a serious relationship at the time. Faith recently left a different reality show, MTV ‘s The Challenge:World of Wars 2, and is now pregnant with her first child (who is thankfully not Jax’s…). Faith opted for the classier ultrasound picture to share the good news online.

I’m excited to start this new Chapter in my life with my heart ❤️ and best friend! 💕 At the end of the day this is all I live for. God bless all of you!

This RHOM alum and got married August last year and announced in May that she’s pregnant with her first child.  Joanna was very open about the fact that she froze her eggs. With supermodel genes like hers, it would be a travesty not to have. Joana’s also revealed her happy news via a sponsored selfie featuring a pregnancy test. It’s a capitalist world, and we’re all just living in it (her baby included). Truthfully though, I’m just glad she’s getting laid.

Hi Guys! Just wanted to share this amazing news with everyone . Hubby @nunes451 and I are beyond excited about this new chapter in our life and can’t wait to meet this little 😇🤰🏼🙏🏻

LHHNY star, Erica Menna, just announced her pregnancy with LHH cast jumper Safaree Samuels! This will be her second child but first with her soon-to-be husband, Safaree. The couple has been actively trying to get pregnant, so we couldn’t be happier for them (although also a tad jealous because with parents that look as good as they do, that baby will have a good chance of looking like a model right from then start).

God knew my heart needed you. Thank you to my brother @mr_guerra & @blu_gem_ for helping bring this to life.

This singer, business woman, Real Housewives of Atlanta star, and a million other titles, will soon welcome her third child via surrogate. Kandi and her husband, Todd, discussed the possibility of having another child via surrogacy in season 11 and announced during the premier of season 13. Kandi’s daughter, Riley threw some serious shade on the idea, claiming that Kandi and Todd were too busy to add a new baby to the mix. With the baby now on the way, we’ll see how Riley warms up to her new sibling!

Our baby thats on the way now via surrogate will be the last one unless by some miracle I was to get pregnant without the help of IVF which would be a miracle. #RHOA https://t.co/TfqBZbsIe3

90 Day Fiancé star, Deavan Clegg, confirmed she’s expecting her second child with her new husband, Jihoon Lee. The news originally leaked after Deavan posted a question in what she thought was a private Facebook group regarding insurance in South Korea. The couple’s relationship turned a bit rocky (to say the least) after finding out about their first pregnancy together, but they seem thrilled to be welcoming a second child. Although maybe next time I’ll have my grandma give her some advice on how to use Facebook…

RHOBH star Teddi Mellencamp is now pregnant with her third child. Supposedly, the pregnancy came as a “surprise”, although I’m still not entirely sure how a kid can be a “surprise” when you’re a married couple presumably using the same method of birth control or not using it at all. Regardless, Teddi’s  recently revealed she’s having a baby girl during a gender reveal party (which are highly problematic in nature, but I’m glad Teddi and her family seem happy).

It’s a girl! Of course, we would have been equally excited either way, as @tedwinator, the kids and I are just blessed to have a healthy baby no matter the gender. Although I did promise Cruz he could help name her so not sure she’ll be too thrilled being called ”Catboy” Arroyave. 😜 Thank you to @ocballoonbar for the pop we needed, @204events for the rad background and @jorgebphoto for capturing this moment so perfectly. 💕