Home > Buzz LHHATL Round-Up: Which Card Are You Playing This Week?

LHHATL Round-Up: Which Card Are You Playing This Week?

Make sure you have your receipts. 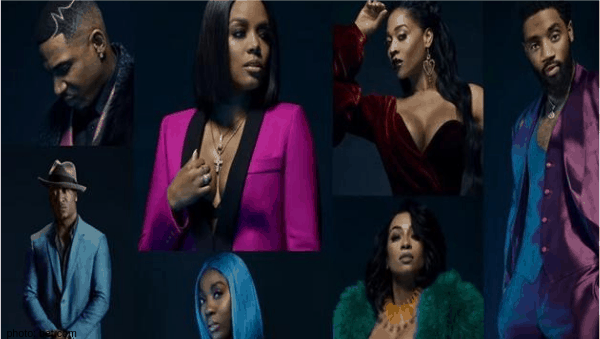 Love & Hip Hop Atlanta star Tommie Lee is looking to stay out of jail. Tommie Lee and her lawyers are pleading with the court as she disclosed that she needs professional help to maintain her mental health.

If you recall, Tommie Lee was indicted on multiple charges of child abuse and remains incarcerated.

She states that she was diagnosed with some form of mental illness prior to the incident that occurred with a minor at her daughter’s middle school.

The reality stars’ legal team is arguing for Tommie Lee to be able to enter a 30-day treatment program.  The program would include Tommie Lee remaining sober, submitting to random drug testing and attending self-help meetings.

Although Tommie Lee shared in a 2016 interview that she suffers from bipolar disorder, court documents did not reveal a specific diagnosis.

Will the prosecutor in her case grant this wish?

Has Karlie Gone Too Far This Time?

On Love & Hip Hop Atlanta, Karlie Redd has beef with everyone.  She’s the cast member who throws the most shade and somehow always knows when the streets are talking.

She will call you out and come for you.   But did she go too far this time?

The camera may have stopped rolling, but the drama continues off camera.  Karlie Redd hit us with the post-and-delete when she took a shot at fellow cast member Pooh Hicks and her husband, former Def Jam President Hiriam Hicks.

Viewers know that Karlie Redd & Pooh are former friends who possibly had a past relationship.

Karlie Redd’s now deleted post alleged that both Pooh and her husband are drug addicts who steal money from artists.

Pooh responded with a now deleted post, shared by TMZ:  “This picture is truly offensive. I am not a transgender but a proud black woman that has birthed 3 beautiful Kids. It is truly distasteful how one can joke about the thought of someone being a transgender. I am a supporter of the LGBTQ community also have many friends that come from all walks of life. Shame on you!”

I am certain that this won’t play out well on the show.

Unconditional Love is a Thing of the Past

Love & Hip Hop Hollywood star Moniece Slaughter, currently starring on this season of LHHATL recently took to Instagram where she created a lengthy post about her relationship with her biological father.

Moniece shared with her Instagram followers that she was disowned by her father upon coming out.

So every time I’m live with my mom @marlatalks & you guys swear I look just like her. Don’t get me wrong. My little mommy is a Beaut ❤️. But If you ask me, this guy & I are twins (aesthetically). Yup. You guessed it. Introducing my biological father, Mr. Michael Lloyd Slaughter. You won’t find him on ig…I can’t even find him in real life 🤷🏾‍♀️. But you can find him on FB. He disowned me 🙄. First for reciprocating the extreme disrespect he’d unjustly bestowed upon my mother. Then because he didn’t want anyone to associate my brother Kyle, and my sister, Lauryn, with me because of my portrayal on reality tv. Lastly for coming out. I used to feel so hurt. Then I felt angry. Then I felt slightly empathetic. Now I feel literally nothing about the matter. It took a while. Then I released. Relieving him of his moral obligation & God given right (he had no legal rights), to love & be there for me. Relieved him of the freedom I’d given him to be in my son’s life ( he was in and out because he told my BD that he didn’t like me, & he’d been going behind my back to get to kam through dreux. But obviously never consistently enough). Moral of the story you ask? He helped make me. He didn’t raise me. He loved me in the only way he knew how. It just wasn’t the best for me. I realized that it wasn’t my fault. I didn’t ask to be here. I didn’t get to pick my parents. It wasn’t my loss. It was his. I’m the child, whether I’m 3mo. or 32yrs. He’s the “parent.” It’s NEVER my responsibility to make him feel wanted. It was always his job to show me I was wanted by him. That I was loved by him. He just didn’t know how. But God had something bigger & better in his will for me. And I was very loved, indeed. Not only by my mother. But by my Father, Dave @davetake6. A heavy presence in my life. My son’s life. And everything that we do & are. I wanted for nothing.

Moniece has been through so much recently and it took so much courage for her to give the world a view into her pain. We salute you!

Have you been following this explosive season of Love & Hip Hop Atlanta?  Let me know in the comments below!

Be the first to leave Comments for LHHATL Round-Up: Which Card Are You Playing This Week?