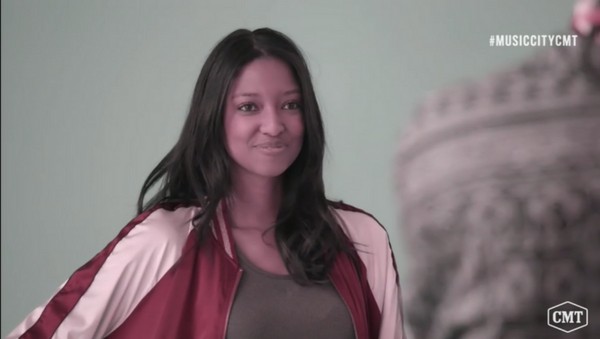 This week, Music City was all about Jackson Boyd‘s sudden music career. And almost everybody in the cast had their thoughts about his… interesting performance. Other than that, the episode was filled with songwriting drama and an eligible singles photoshoot. But, let’s jump into the particulars in this recap of Season 1 Episode 6 of Music City.

First off, Rachyl Degman invites Jessica Mack to Jackson‘s upcoming show. As you might remember, Jessica and Jackson broke up in the last episode. Rachyl doesn’t seem to think that it would be awkward at all for her to attend his show. Yeah, it would be. And Jessica agrees as she’s pretty reluctant to agree to go to the event with Rachyl.

Then Alexandra Harper and Jackson discussed his show, which she’s surprised is even happening in the first place (same). She even asked him if the gig was actually “in front of people?” which shows just how random this whole thing is. Jackson‘s way too gung-ho about the event to care, though. He’s also preoccupied with Savana, who he’s been seeing post-Jessica split. He wonders if he should invite her to the gig, which Alexandra is all for. 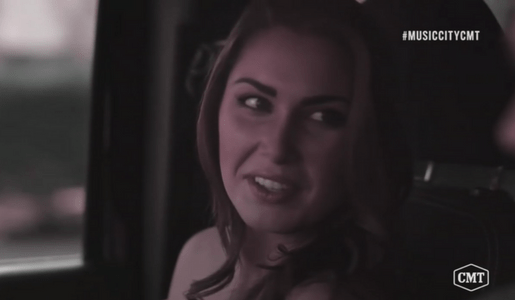 Kerry Degman and Rachyl discussed the hot topic of the episode (Jackson‘s newfound singing career) at a clothing store. He also shared that he has a co-songwriting gig set up with a singer named Brooke Eden. Rachyl‘s cool with it, as long as it’s not like at night and at a bar or anything. And it seems all is well with the Degmans. They’re communicating well and seem to be on relatively the same page. It’s all a far cry from the beginning of the season when it seemed like they were on the verge of a separation. Yet… it doesn’t seem like they’ll be all smiles for long if the end of this episode is any indication (but more on that later).

Jessica actually shows up to Jackson‘s performance. So, the whole event is begging for a little drama if only because of that, right? Well, the event, which also had Rachyl, Alexandra, and Savana in attendance, didn’t even need a Jessica appearance to be dramatic. Basically, the whole thing was a hot mess. Jackson wasn’t bad… ok, yeah he was bad. Just because you live in Nashville doesn’t mean that you need to start a singing career, dude. In Jackson‘s defense though, the band is way worse, as if they just started practicing their instruments the day before. Someone in the audience was actually giving them a thumbs down (understandable given the performance but who does really something like that?).

After the performance, Jackson greeted Rachyl and Jessica. It was amicable enough. But, the best part of it all came courtesy of Rachyl, who tried to encourage Jackson after his trainwreck of a performance. She told him that Kerry, who’s an established singer, was also bad too when he first started out. I can’t even explain how hard I laughed when she said this. Was it supposed to be encouraging? All it sounded like was “Yeah, you sucked but you also tried?” 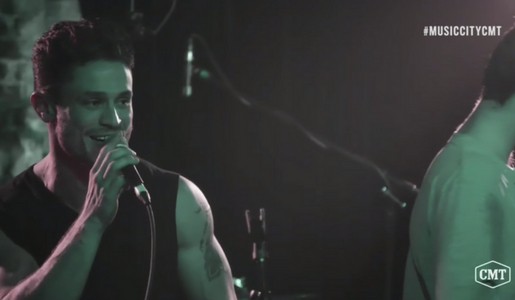 Then, Rachyl greeted Alisa Fuller and Bryant Lowry, who are in the middle of chatting about one of their songwriting sessions at a restaurant. Rachyl and Alisa then start to talk about Jackson’s performance, ignoring Bryant completely during the convo btw. Rachyl told Alisa about the awkwardness between Jessica and Jackson and that she basically dissed Jackson. At least she knows that what she said was a little shady (albeit inadvertently). She also sprung some interesting news on Alisa: she nominated her to be one of Nashville’s most eligible singles. She also told her that she won a spot and would be featured in an upcoming magazine shoot. Talk about a lot to spring on your friend. As soon as Bryant heard the eligible single photoshoot part, he instantly had one of those looks in his eyes that said it all about how he’s feeling about Alisa (a.k.a. he’s totally into her).

Jessica and Jackson then meet to chat about the awkwardness at his performance. These two are honestly exhausting at this point, not gonna lie. They dated for two seconds, there’s no reason for all of this unnecessary drama between them. Luckily, they agree during their convo and vow to be friends. Jessica even offers to help Jackson with his music (since he needs all the help he can get). We’ll see how long this friendship of theirs last.

Alisa arrived at her eligible singles shoot with her friend Sarah in tow. She really is taking all of this in stride, especially since Rachyl just surprised her with the whole thing. Alisa looked seriously amazing as she posed for the magazine’s special. And the guys at the shoot weren’t too shabby looking either. Alisa even chatted one of her fellow singles up and agreed to go out with him sometime. Wonder what Bryant will think about that.

Alexandra then gave Jackson a lowdown on his performance. At first, she tried to play things off and said, “it was great.” However, she quickly changed her tune and did not hold back. She told him straight up “it was bad.” Alexandra also made fun of his dance moves during his “Gravity” rendition. He admitted that he didn’t have time to practice, which should have been his first clue that things didn’t turn out great. Hey, at least she was honest about his performance prowess (or lack thereof) and now he knows the deal. Everyone else beat around the bush about it.

Finally, in the episode, Kerry met up with Brooke Eden. And remember how Rachyl expressed that she was apprehensive about the two of them meeting at a bar, at night? Guess where Kerry and Brooke met up? A bar! Guess what time of day it was? Nighttime! Yeah, it wasn’t a good start, Kerry. But, he seemed to have a ball of a time with Brooke as they chatted about everything going on in their lives in between taking shots of wine (???) poured directly into their mouths. Just when it seemed like Kerry and Rachyl were in a good place, it might be time for them to have some trouble in paradise once more. 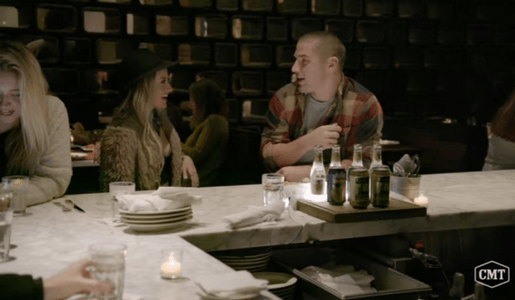 Do you think there could be trouble in store for Rachyl and Kerry again? Let us know what you think about them and their drama-filled relationship.

Be the first to leave Comments for Music City Recap: Look Before You Leap