Home > Buzz Music City Recap: I Like You Better 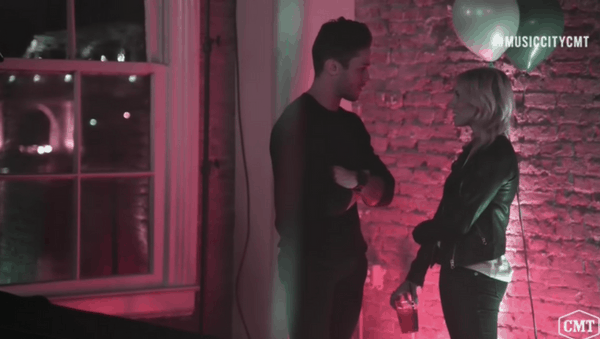 Music City continued to bring all of the drama and entertainment in the latest episode. Rachyl Degman and Kerry Degman dealt with their issues, of course. But, an interesting love triangle took over the majority of the episode. Who was at the center of this triangle? Read on with our Season 1 Episode 7 recap of Music City to find out!

It’s Christmastime in Nashville, y’all. And Rachyl and Kerry thought that a Christmas parade was a great time to discuss their relationship issues. Rachyl told her husband that she was p**sed about him hanging out with songwriter Brooke Eden all night. Anyone could have seen this fight coming from a mile away. Kerry didn’t think there was anything wrong with the hangout, where the two didn’t write songs but took shots of wine. Yeah, totally not an issue. Also, Alexandra Harper got to be in the parade as Miss Tenessee. And her mom, Sharon, embodied Regina George’s mom as she literally walked alongside Alexandra‘s float to take photos of her. Can’t make this stuff up, folks.

Alisa Fuller got drinks with Lee, the cutie who asked her out at their photo shoot in last week’s ep. Throughout their convo though, it seemed like all Alisa could talk about was Bryant Lowry, her songwriting partner. Lee obviously picked up on that and it didn’t seem like their date went anywhere really. 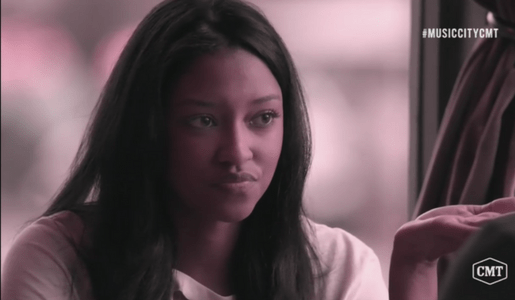 Jackson Boyd and Jessica Mack then met up at his place to discuss his singing career. Jessica even gave him a voice warm-up lesson that I will never forget. One obviously has to warm up their vocal cords before their performance. Now, I never knew that dolphin sounds were the way to do just that. Jessica and Jackson were actually making those squeaking dolphin sounds and it was something that you can’t unhear. After the noise, Jessica asked Jackson if Savana, his new girlfriend, would be okay with Jessica attending. He said that it’d be totally fine, which means that it won’t be. Also, Jackson is preparing to sing at his upcoming birthday party. Why is singing at your own birthday party a thing in Nashville? Jessica and Alisa previously did it at their joint party, too.

Alexandra and Savana had a chat about Jackson and his birthday party. They both said that hopefully, his next performance will be better than his last (which was a serious mess). Alexandra also gleefully related how she was glad to be the one to bring her friend (Savana) and her cousin (Jackson) together. While she didn’t say it, she implied that she was happy that Jackson moved on from his relationship with Jessica. You know, Alexandra‘s always been one step away from a reality TV “villain.” I’d like to see her step up her villain game in future episodes because I know she has it in her. Embrace your inner Kristin Cavallari, girl! 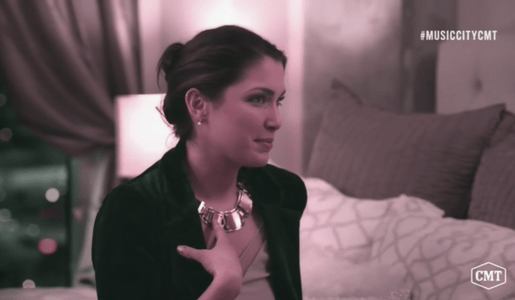 Rachyl, Jessica, and Alisa traveled to Jackson‘s party together, where they talked about all of their various troubles. Alisa told her friends about her “vanilla” date with Lee. This prompted Rachyl to asked her “What flavor is Bryant?” since the gals, like all of the viewers, can tell that there’s a spark with Alisa and Bryant. Agan, Alisa refused to say there’s something there. Rachyl talked about Kerry and his late night “networking session” with Brooke Eden. She said that if it happens again (the drinking, getting home late) that he’ll find the doors to the pair’s home locked when he arrives. Please let this happen, it would be great TV.

Then, it was the moment of truth for Jackson at his party. He took to the stage, thanked Jessica for helping him (which didn’t please Savana) and started to jam out. And he was… actually good this time. He’s no Keith Urban or anything yet, but it was a major improvement. During his performance, it was almost as though he was singing directly to Jessica. Again, Savana was not a happy camper about it. Who could blame her? Alexandra later revealed to Savana that Jackson and Jessica went out on more than a few dates, something he hadn’t told her about before.  So, yeah, Savana didn’t exactly have the best time at her boyfriend’s party. 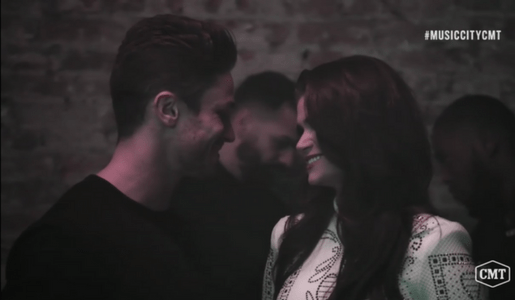 Kerry had his co-writing session with Brooke Eden. And this time it was during the day. OK, I do not know what is going on there between these two. It’s probably just a professional relationship. But, when you’re writing a song and discussing how you shouldn’t be caged in just because you have a wedding ring, it does make you wonder. They did manage to write a couple lines for a new song, “Outlaw,” together and it did sound really nice.

Then, Alisa and Bryant met up to chat and discuss their own songwriting relationship. Bryant even said that he missed Alisa while he was away on one of his tours. Honestly, Music City doesn’t have nearly enough Alisa and Bryant. I, for one, think that’s a travesty. They are so cute together. And you can sense that they’re both into each other but won’t say it.

The episode ended with Jackson and Savana hanging out. During their convo, Savana told Jackson that she was uncomfortable with his and Jessica‘s relationship. Jackson related that it’s only a working relationship at this point and that the two are just friends. But, Savana pulled out the ultimatum card anyway (out of nowhere) and said that it’s either her or Jessica. It will definitely be interesting to see how this little love triangle plays out during next week’s season finale.

Who do you think Jackson will choose? Let us know what you think!

Be the first to leave Comments for Music City Recap: I Like You Better