Drita and her husband were arrested on multiple charges, including acting in a manner injurious to a child. 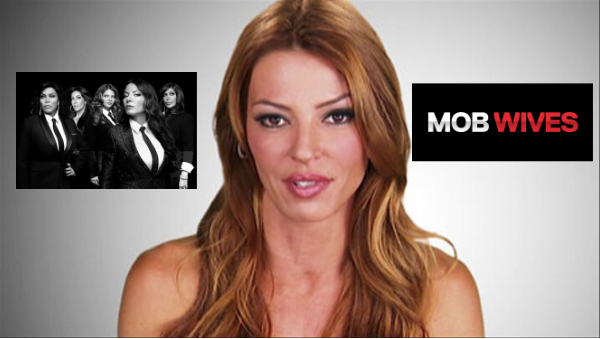 Mob Wives star from 2011 to 2016, Drita D’Avanzo, and her husband, Lee D’Avanzo were busted with guns and drugs during an NYPD raid of their Staten Island home. The couple arrested Thursday night, 12/19, “on a slew of charges including criminal possession of a controlled substance, criminal possession of a weapon and acting in a manner injurious to a child,” cops spilled to Page Six.

TMZ gave us additional deets of what was discovered during the raid, “cops executed a search warrant that uncovered two loaded firearms, a Smith & Wesson 9mm and an S&W 38 caliber gun. Cops say they also found 120 pills of hydrocodone/acetaminophen, 22 Xanax pills and a large amount of weed.”

The couple was booked on charges of “criminal possession of a controlled substance, criminal possession of a weapon, criminal possession of marijuana, criminal possession of a firearm and criminal possession of drug paraphernalia. Drita and Lee were booked on 1 count of acting in a manner injurious to a child because law enforcement sources tell us one of the couple’s kids was in the house at the time of the raid, according to reports from TMZ.
According to her bio page for the show, Drita is described as the wife of Lee, “who federal prosecutors allege is the leader of a Bonanno and Colombo crime family farm team.” The description continues, “While Drita’s husband is serving time in prison for bank robbery (for the second time), she is left alone raising two young girls, Aleeya and Gizelle,” This part made me chuckle, “Drita, who comes from a strict Albanian household, defied her parents and married someone outside the community — an Italian.”

Page Six added that Drita and Lee are expected to be arraigned Friday. Lee is being held on a fugitive warrant, according to the Richmond County DA’s Office.As per Drita’s Instagram bio, “I have a lot to say…and I have no problem saying it” 😉 #LadyBoss #podcast coming soon… be sure to check out my YouTube channel! 😘”

Are you interested in listening to a podcast featuring Drita telling all? Drop your opinion off in the comments!