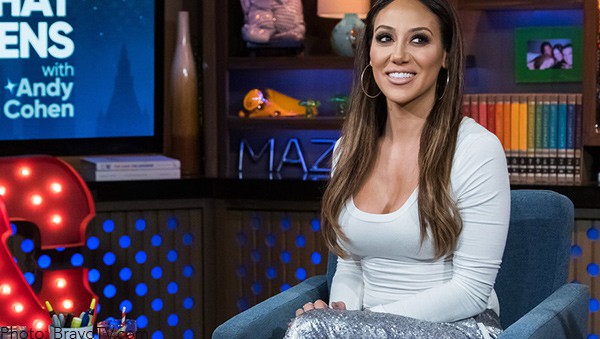 Melissa Gorga wowed fans when she stopped by Watch What Happens Live with Andy Cohen! And we’re not just talking about the tea she spilled 😉

The Real Housewives of New Jersey fashionista’s casual glam look caught our eye and left us begging for more.

Every Jersey girl needs a little sequins from @envybymg 🌟 Did you watch last night?! @glossipgirl & @juliusmichael1 on glam last night 🙌🏼

It’s safe to say Melissa’s sequin joggers are a style staple for the holiday season because they can easily be dressed up or down.

If you want to steal Melissa’s WWHL style her David Lerner Sequin Joggers will set you back a cool $242. However, we’ve found several alternatives that will fit any budget.

As for Melissa’s makeup, makeup artist “Glosspigirl” aka Judi Gabbay went for a soft glam look that featured a muted smoky eye and shimmery pink cheeks and lips. Melissa’s makeup really took a back seat and let her sequin joggers steal the show.

For Melissa’s hair, Julius Michaels blew it out straight and added some volume with hidden crown hair extensions to create a sleek, sexy look.

Thoughts on Melissa’s look? Sound off below!

2 Comments for The 411 on Melissa Gorga’s Casual Glam WWHL Look!