Mauricio has gotten himself into quite the pickle. 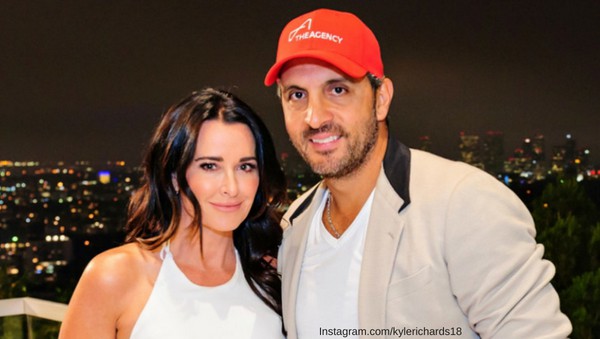 Mauricio is not going out without a fight! The real househusband of Beverly Hills and owner of the real estate company The Agency, is fighting back against claims that he was negligent on the sale of a $32 million home.

According to The Blast, Umansky and his company, The Agency, are suing Western World Insurance Company for failing to defend him in a lawsuit over the pricey Malibu pad that he was hired to sell.

The home in question was seized by the United States government after Teodoro Nguema Obiang Mangue, son of the President of Equatorial Guinea (a country in Central Africa), was allegedly caught using funds stolen from his home country to buy the mansion. According to The Real Deal, as part of his 2011 settlement  with the Department of Justice, Mangue agreed to relinquish his home. After the sale of the home, one-third was mean to be collected by the United States government and another third was meant to return to the people of Equatorial Guinea.

Mauricio was brought on to the sale in 2015 and a deal was struck with wealthy investor Mauricio Oberfeld for $32.5 million. The sale was approved by the United States government, however Mangue later claimed that Mauricio did not inform him that there were higher-offers made right before the sale went through and that he had never disclosed that he had partnered with Oberfeld to purchase the property.  Mauricio and Oberfeld renovated the property and flipped it and The Blast reports that Mauricio sold the home with Oberfeld in 2016  for a $69.9 million, netting a profit of $37 million. Now Mangue is requesting $8 million back from the deal, $5 million he is requesting come from Mauricio and the remaining $3 million from his insurance company Western World.

But the insurance company doesn’t want to pay the hefty sum, instead they sued Mauricio, stating that they don’t want to pay the legal bills on his behalf. They add that due to Mauricio’s actions as the agent, they shouldn’t have to spend big bucks defend him or The Agency.

But Mauricio isn’t taking the hit in stride. He’s filed his own counter-suit, where he claimed that the insurance agency has taken Mangue’s side in their dispute and he denies any wrongdoing. He claims that the entire transaction was overseen by the Department of Justice and followed the terms of the settlement agreement between Mangue and the DOJ.

He also claimed that he sold the property with virtually no publicity, under a tight deadline, and above the appraised value, (The Real Deal claimed that the sale only netted $3 million more than when the house was listed in 2006). The reality star said that by filing the lawsuit, his insurance company was taking a private sale and making it public. He added that they had shared private documents that Mauricio had provided to them.

Now Mauricio is asking the courts to make Western World pay his legal fees, along with compensatory and punitive damages.

Do you think Mauricio acted shady? Let us know in the comments!