Margaret Josephs Spills On Her Friendship Fallout With Danielle Staub 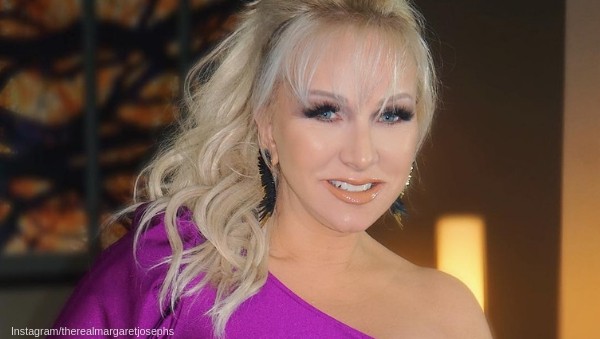 Someone’s spilling about the way they were! According to a new interview with Real Housewives of New Jersey star Margaret Josephs there is some serious tea to spill about the upcoming season of RHONJ. And her biggest reveal is the current status of her relationship with Danielle Staub. Reader: it’s not great.

Speaking with Us Weekly, Margaret shared that she and Danielle “are not as close as we used to be” and added that “I only wish her good things.”

Margaret said that for the upcoming season of Housewives fans will “see the unraveling” of the once-tight friendship.   “I mean we live in the same town,” she explained. “So Starbucks is the central location, and we haven’t had any deep discussion … there hasn’t really been much conversation,” she continued.

According to Bravo TV, part of the reason for the rift was Danielle’s May 2018 wedding. As Margaret told it, Danielle was quite the pain in the bridal butt. “It’s a tough job and it’s a tough job when you’re doing it for Danielle Staub,” she told The Daily Dish podcast. “She is demanding. It was tough. She was definitely bridezilla-central, I’m not gonna lie.”

“If it was her first wedding and she was 25, I could have understood it, but I was like, girl. You’re all bougie and stuff, hire a wedding coordinator and let them do everything,” she continued. “She expected a lot from us to do things. At that age, who wants all that nonsense? But she wanted the big hoopla, the everything, and she got it.”

But the breaking point for the two really came when Margaret tried to tell Danielle that she was getting a swollen head about getting hitched.

“I don’t think it was the Matron of Honor point as much as I saw a side of her that I didn’t love and I tried to discuss it with her,” she explained. “And some people don’t want to hear the truth, and I was very honest with her and I think that’s a characteristic I have, I’m gonna tell you the way I feel and I can move past from it, but some people just want to hear the nice and the fluff and you blow smoke up their ass and I’m not that girl.”

But that doesn’t mean that Margaret wasn’t rooting for Danielle’s marriage to work. In her interview with Us Weekly Margaret said that “I actually am a little surprised that it ended that quickly. I wanted her to make a go of it, I had even said to her, in real life, I was like, ‘This is your freaking’ life, join a country club, be a glamorous wife, go to Europe, be with this guy’.”

But of course, now we know that things did not end as expected. “I just, I think it’s hard when you get together in the spotlight to stay married,” Margaret added.

We guess we’re just going to have to keep tuning in to see for ourselves!

Whose side are you on? Team Margaret or Team Danielle? Sound off in the comments!