The reality tv star was in a domestic incident before her, and her boyfriend's, arrest. 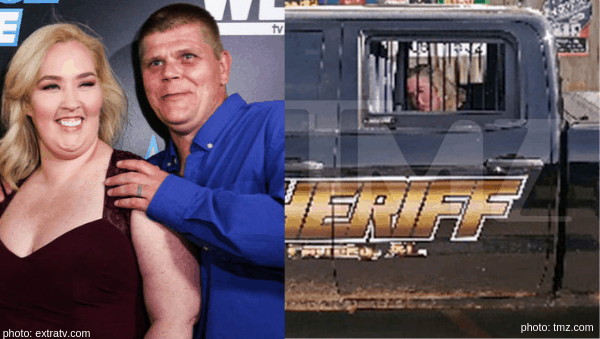 June Shannon aka Mama June, from Mama June: Not To Hot, was arrested on March 13. Two concerned citizens reported the reality star and her boyfriend, Geno Doak (42), who were having a confrontation to authorities.

TMZ’s photogs were there to document Mama June, 38, in the back of a sheriff pickup truck. The Here Comes Honey Boo Boo star was covered by barred windows then taken to jail following the domestic incident. The Daily Mail’s expert reported, “felony drug possession in Alabama could spell one to 10 years of jail time for June as well as a fine up to $15,000.”

Let’s play a shady game. Leave a ‘possible scenario’ that could have caused the fight in the gas station. Drop off your contributions to this tale in the comments!