LVP will not join the VPR cast for Jax Taylor's wedding. 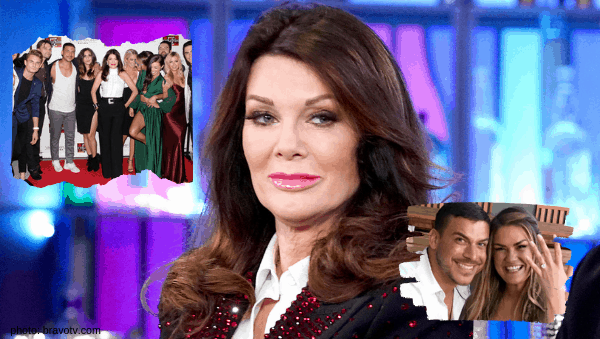 It’s no secret Lisa Vanderpump has suffered a great deal of loss after the untimely death of her brother and the demise of many of her close friendships. Unfortunately, LVP lost another loved one, her mother.

“Vanderpump’s mother died at 84 years old this week,” Page Six has confirmed. “The reality star is planning a trip to London to make funeral arrangements,” revealed a Page Six insider. The autopsy showed “there was some embolism that went to her brain. She collapsed and that’s what happened.”

Lisa Vanderpump will pause filming Vanderpump Rules after the death of her mother, Jean Vanderpump. LVP will NOT join the VPR cast for Jax Taylor‘s wedding to Brittany Cartwright next week.

“Lisa will not be able to go to the wedding,” a source told Radar Online. Of course, the soon to be married couple as well as the VPR cast are understanding about her missing wedding and other filming engagements. Radar Online reported, “She [Lisa] doesn’t want their special time to be overshadowed.”

The thirst is real for Jax and Brittany, so it’s no surprise  Jax and Brittany’s Beauty and the Beast inspired wedding (I wish I was kidding) will be filmed for the hit Bravo spinoff. The entire main cast will be in attendance as Katie Maloney-Schwartz, Kristen Doute, Ariana Madix, Stassi Schroeder and Scheana Shay will perform their bridesmaids’ duties.

The Taste Of Reality team is devastated for Lisa’s loss and we wish her and her loved ones well during this trying time.

Do you think some time away will help LVP? Drop your opinion off in the comments!