The Countess made a huge dig at Carole! 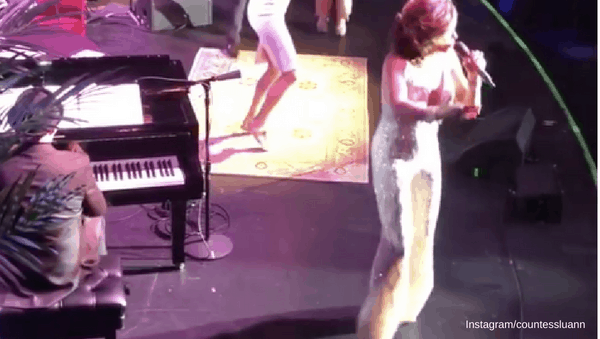 It looks like Luann de Lesseps is out of rehab and letting the dirt fly! We can’t be sure if the Real Housewives of New York star was trying to stir up drama or if she perhaps said the wrong thing at the wrong time, but according to a fan who was at her cabaret performance this past weekend, Luann was dropping bombs about what really went down between Carole Radziwill and her Bravo contract.

The drama started when a fan tweeted at Carole that Luann “implied you were fired at her cabaret show.” And while the user did admit that Lu is “not to be trusted.” That is exactly the type of dirt that could cause a major beef between the former co-stars.

I'm all good! Luann should focus on her own addictions and family problems. I wish her the best. https://t.co/lsi9OudN5v

But Carole didn’t take the dig lying down, “I’m all good!” Carole said. “Luann should focus on her own addictions and family problems. I wish her the best.”

But not everyone was on team Carole for this one. Another fan tweeted at the award-winning journalist and told her that he was disgusted that she would think it’s fair to throw Luann’s sobriety in her face over a piece of harmless gossip.

Yes it's called mind your own business. An old concept but a very good one. 😘

But Carole DGAF. “It’s called mind your own business,” she responded. “An old concept but a very good one.”

Carole has only recently announced her departure from the show. On July 25th she explained to People Magazine that she wanted to return to journalism and felt like it was a good time to make her departure.

But if Luann’s claim is true then that means there might be a secret reason why Carole had been asked to make an exit. Perhaps an ongoing beef with another one of the ladies…..

Do you think Carole quit or was fired? Let us know!