Home > Buzz Luann Finally Moves on From Tom...With Her Agent!

Luann Finally Moves on From Tom...With Her Agent!

But rumor is that he was married when they met! 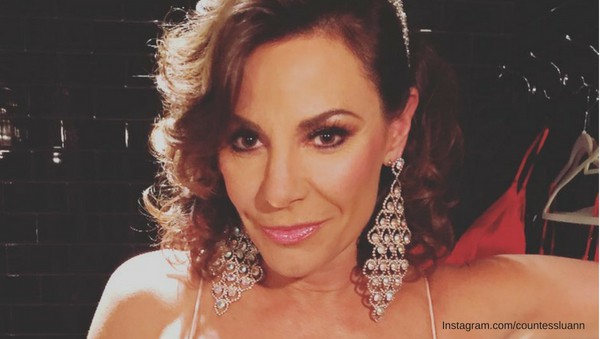 Looks like Lu couldn’t stay away from love for long! It’s been rumored that the Countess Luann de Lesseps has found herself a new man: her agent Richard Super.

Both Page Six and People are reporting that Lu has been quietly dating her agent for weeks. Multiple sources confirmed the relationship to People and one source let it slip that Lu is “smitten but taking it slowly after her recent divorce.”

But of course, this is Luann, so her new relationship does come with a little bit of drama. Many outlets were reporting that Richard was married when he and Lu started dating, but a source tells People that this is just not true.

“He was getting divorced when she met him. He filed for divorce before they were introduced,” they said.

Richard has been representing Luann throughout her cabaret tour and a second source tells People that “he was reluctant to sign her at first because of The Housewives, but her work ethic surprised him in many ways and sealed the deal. They’ve been a great team since.”

The second source also confirms that the Real Housewives of New York star had nabbed her man after his marriage had ended.” Luann’s happy to have something lighthearted in her life after all the drama of the past year,” they told People. “And his marriage was over before they met, so it’s been good for him to move on.”

Well as long as we’re all sure that he wasn’t married!

What do you think about Luann’s new man? Let us know in the comments!

Be the first to leave Comments for Luann Finally Moves on From Tom…With Her Agent!