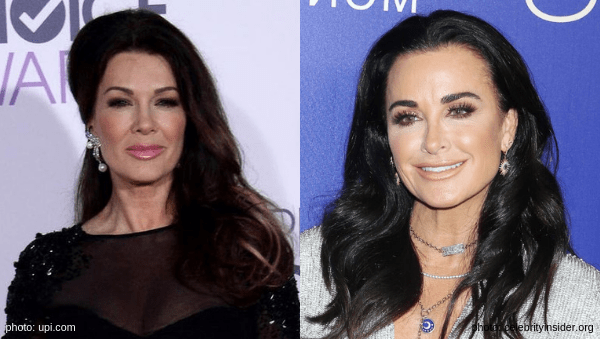 Former Real Housewives of Beverly Hills star, Lisa Vanderpump, had some choice words for her former friend, Kyle Richards. In case you missed it, Kyle went on a long-winded Twitter rant (29 tweets to be exact) about the never ending Puppygate drama.

Front And Back Ross GIF from Frontandback GIFs

The shot heard ’round the world came after LVP saw a cartoon depicting Kyle on the toilet wearing a Burger King crown. (Click the photo to see the full image.)

queen on her throne! 🙂 pic.twitter.com/VqNtuHGkh0

Lisa took this opportunity to address her former costars. Per her Twitter caption, “It’s ironic, now I’m not so hurt I can be more objective.” The restaurateur continued, “If I wanted to hurt any of them there were so many things going on, lawsuits, bankruptcies, shops failing, shows cancelled, loans in default etc and I never said a word.”

Lisa provided the receipts for all the insults against her. Her tweet continued, “Me on the other hand, oh I am a liar, coward, sniper, bad teeth, awful friend, terrible wine, the list goes on… awful, really. Glad I stepped away. Also pump rules has been amazing this year.”

Whose side are you on? Leave Team LVP or Team Kyle in the comments!

one Comment for Lisa Vanderpump Claps Back At Kyle Richards