Bravolebrities spill the tea on the awkward situation. 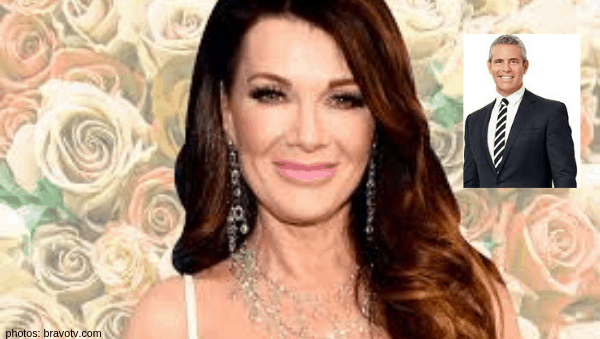 Fans would have killed to attend Andy Cohen‘s baby shower. I would have literally sold an organ to attend, so the fact that the Real Housewives of Beverly Hills‘ Lisa Vanderpump just skipped it is mind-boggling to me. It looks like I’m not the only one who can’t seem to let it go.

Jerry O’Connell was doing some hard-hitting journalism for Andy’s SiriusXM’s radio show at the baby shower fit for a Bravo king and asked RHOBH star Erika Jayne her feelings about LVP’s absence from the epic event. Erika’s response was that she wasn’t the only housewife not in attendance. That’s a good friend if you ask me. I hope LVP sees how much Erika had her back at that moment.

Jerry asked Real Housewife of New York, Ramona Singer, what she made of LVP’s absence. Jerry asked the  OG of the NYC specifically ‘Is there any drama you brought from the show here to the baby shower or does everybody just leave it outside?’ Ramona gave the most Ramona response possible…

According to the Celebrity Insider, Ramona responded with, ‘No, there’s drama. Lisa Vanderbilt didn’t show up. [Jerry corrected Ramona] Whatever. Vander-something, who cares. Lisa didn’t show up. She should show up. It’s about Andy. She should have shown up, Lisa. Are you kidding me?’ Ramona replied.

Could Ramona, in fact, be accused of not supporting other women? I wonder what Bethenny Frankel would say?

A source told Hollywood Life, Kyle Richards, Lisa Rinna, Erika Jayne, Dorit Kemsley, and Teddi Mellencamp have “grown extremely close this season, leaving [Lisa Vanderpump] completely out.” The insider from Hollywood Life explained that the other Beverly Hills housewives, “They are all really fed up” because they were “completely open” to filming with Lisa, but it was Lisa who chose to film separately. “She feels uncomfortable being in the same room as them,” the Hollywood Life source explained. “It’s that bad.”

Do you think Lisa Vanderpump should have put the drama with her costars aside to celebrate this huge event in Andy’s life? Tell me your opinion in the comment section!