Rinna is speaking her mind! 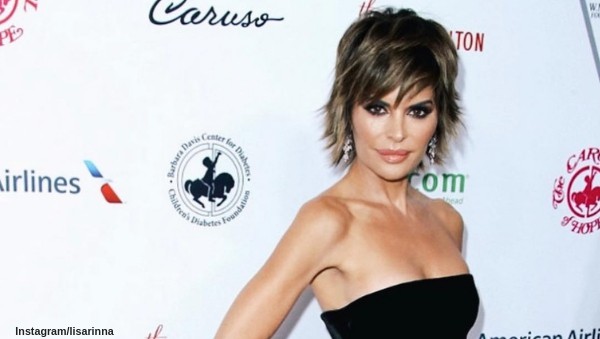 It looks like a battle is brewing between two of the ladies from the Real Housewives of Beverly Hills. Housewife Lisa Rinna recently spoke out about her fellow co-star Lisa Vanderpump, slamming the reality star over her recent refusal to film for the upcoming season of RHOBH with the rest of the cast. “Who doesn’t show up to work?” she asked.

The drama started after a fan posted about Camille Grammer’s recent wedding on Instagram, writing about LVP’s suspicious absence from the nuptials.

“So, Camille‘s destination wedding wasn’t one of LVPs priorities.. but a Dodgers game would be ..Interesting!”  they wrote.

The fan also continued to speculate that LVP would be majorly in mourning this season after the death of her brother Mark, who was found dead in May. “LVP grieving the loss of her brother in her own way, being distant and absent here and there, throwing some shade, new alliances and attempts to gang up on LVP,” they added.

But apparently Lisa Rinna was paying attention. The actress, who is currently filming the new season of RHOBH, clapped back at the fan, shutting down the rumor that the cast had beef with LVP.

“Why hasn’t LVP filmed with us for over 6 weeks?” Lisa wrote. “I have no beef with her. Who does that? Who doesn’t show up for work?”

Though of course Lisa wasn’t finished there. She wrote in a second time and explained that she was not feeling bad for LVP.

“I too lost my father while filming and I completely understand that everyone’s grieving process is just that their process,” she said. “We have all reached out to her and we are all there for her. She has chosen to not film with us.”

“I too lost my sister to an overdose I have great empathy and I have been there,” Lisa said, but added that this was not an excuse to not do your job. “If you sign up to do a job you do it. No matter what. That’s show biz. I did it. Eileen did it when her mother passed away the day before the reunion. You show up or if you can’t then you say I can’t and I’m going to take this season off to heal.”

“But please don’t make any of us out to be bullies. We are not. We are here to film a TV show that we all signed a contract to do,” Lisa finished. “We wish LVP only the very best in her time of mourning.”

What do you think? Is Lisa being callous or should LVP get back to work?