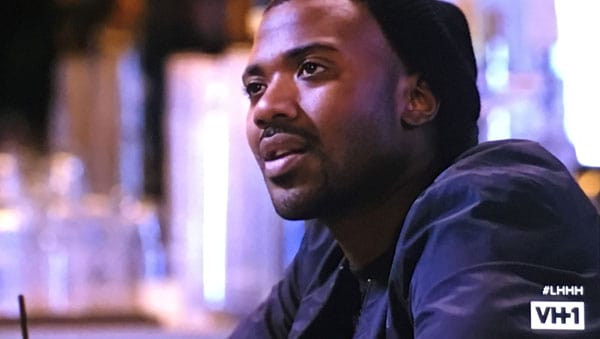 LHHH Season 5 Episode 3 picks up from last week’s showdown in the parking lot between A1 and Safaree.

Security’s holding A1 back and Safaree’s standing all calm and collected. BUT when A1 calls Safaree out for telling K. Michelle that Lyrica was trying to get with him. He didn’t deny. “It is what it is.” -Safaree Dayum! What happened to bro code!

From cast feuds to belly casts… Princess Love gets a mold of her baby bump as first pregnancy memento. Princess fills Paris P in on the drama that went down at the gender reveal party with her in-laws. Princess keeps claiming Ray’s sister Brandy acts all nice in public but keeps sending her nasty texts. “I can’t see those texts. I just can’t see Cinderella doing that.” -Paris

Ray J rolls in realizing he’s responsible for all this mess. He apologizes and claims responsibility. Princess forgives him and we all realize how fake this drama is and happy to move past this silly storyline.

From belly bumps to boobs… Brooke Valentine is ready to reduce her triple Ds! The doctor claims as he was examining her he noticed some lumps. So now, while they are in there they are going to remove those too and send out for testing…

From bad news to bad situations… Lyrica Anderson is crashing on her mom’s couch after the big blow up with hubby A1. Lyrica tells her mom about all these so called friends going around talking about her and Safaree. “How did 3 or 4 people get the same impression if there is nothing going on?” -Lyrica’s mom Our thoughts exactly! Lyrica blames Safaree for being a flirt. Then her mom brings up her sharing a pic of Safaree… and Lyrica loses her sh*t on her mom for being like everyone else. Then the waterworks start and her mom says she’ll talk to A1.

From tears to triumphs… Ray J’s patched things up with Princess and it’s time to launch his big business RayCon Global. The launch party brings out the media and fellow cast members. But no one is talking about Ray’s brand reveal… they’re all talking about Safaree’s big reveal. 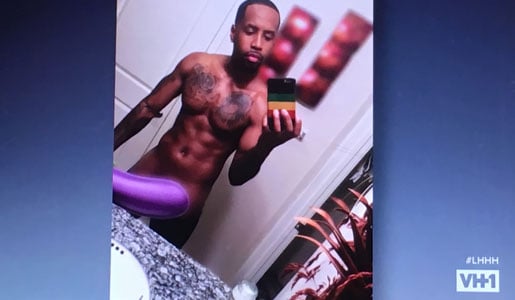 Pictures of Safaree’s big D hit the Gram and everyone can’t help but take a look.  Everyone but A1. A1 is still talking about Safaree’s D maybe landing in his wife’s V. He fills Ray in on running up on Safaree in the parking lot and how he didn’t exactly deny anything happened with Lyrica. Now Ray feels like he’s gotta talk to Safaree to patch things up with A1 and make them the three amigos once again.

Bridget Kelly and Brooke have come a long way since last season and these two new friends are all about being messy with this Lyrica / Safaree / A1 drama. Brooke now feels vindicated after seeing Safaree’s d*ck pic for saying something happened with Lyrica and Safaree… “Can you explain to me how you knew what Safaree’s anaconda looks like before his pictures hit the internet?” -Brooke

The party also brings out Fizz and new cast member RoccStar. RoccStar and A1 go way back as does their rivalry. And speaking of new cast members… Apple Watts shows up. She’s working on her music and hustling to get out of the stripper game. Roccstar rolls up to the convo and when he hears Apple is working with A1, he swoops in to try to convince her to work with him instead. “I mean I’m JLo, Fergie, Usher, Chris.” -RoccStar

From producer battles to batter battles… A1 is home with his momma, Pam, talking about Lyrica as his mom is whipping up some batter in a bowl. In walks Lyrica’s mom coming in real aggressive claiming Lyrica is at her house crying. A1’s mom quietly stirs as Lyrica’s mom comes at A1 for believing the Safaree rumors instead of his wife. Suddenly A1’s mom pops off and throws the batter at A1!

Lyrica’s mom grabs a chair and throws it at her! A1 kicks Lyrica’s mom out and then A1’s mom turns on him! “Now my own momma’s calling me Hollywood!” -A1 Pam’s mad that A1’s changed and gotten all Hollywood since getting together with Lyrica and she can’t take it any more and he ends up kicking her out!

From batter back to boobs… Brooke fills Marcus Black in on her surgery and asks for his help after her surgery. “I’m gonna be there no matter what.” -Marcus

From surgeries to the studio… Apple and RoccStar meet to talk abut her career. He knows she’s rough around the edges but he doesn’t care. He only cares about swiping talent from A1. Apple sees thru his game. “I’m gonna deal with A1 and you got me here because of some messy type of stuff.” -Apple

From studios to the stage… K. Michelle has a big show in LA with Bridget as her opening act. Her rekindled friend Paris also brings her out to support.  After the show, Lyrica’s mom rolls up to confront K. about the Safaree rumors and starts screaming to call her out. Paris goes out to handle her and in the best moment of the show that literally made me LOL tells Lyrica’s mom that it’s a blessing her daughter’s messing with Safaree “because he’s straighhhht”.

K. is dying laughing in the back listing to Paris try to put it to Lyrica’s mom about Safaree’s big D.  Ray J rolls in and they let him right in so Lyrica’s mom gives up and leaves. K. and Ray chop it up about how hung Safaree is but really Ray wants to clear all this mess up. These friends keep it 100 and all is good.

Moniece Slaughter comes back stage to congratulate K. (whose acting very Kimberly right now) and Ray takes the moment to call Moniece out for trying to throw a chair at his pregnant wife, Princess. Then he calls her out for spreading lies that his sister Brandy is actually Princess’ surrogate.

K. can’t help but laugh and cringe over Moniece. “Oh my God. My birthday twin is f*cking crazy. You have thrown a chair at a pregnant woman. You have accused an R&B legend of blasphemy. I don’t know what to think about this b*tch but Lord I’m gon’ be entertained.” -K.

From crazy confrontations to crazy mommas … A1 meets up with his mom to apologize and when he walks in he sees his brother. He’s suspicious his mom ratted him out to his big bro for kicking her out of his house.  Pam blames Lyrica and her mom for causing all this drama and changing him to this Hollywood guy. Big bro Loyd wants to know where his little bro Floyd is – not this A1 character with the hair, nails and necklaces. “I know Loyd wants me to still be Floyd but I’m A1 now.” -A1 That sounds like a line that should be in a song! The brothers get heated and stand off. iIf security didn’t break this up our money is on Loyd tho…

From family feuds to frienderventions… Ray meets up with Safaree to ask him if the rumors are true about smashing Lyrica. But before they get down to business, Ray has to congratulate Safaree for his d*ck pic going viral. “Everybody talking about Safaree. But damn. WTF!” -Ray Ray would know that feeling since he’s got sex tape fame.

Safaree claims everything with Lyrica has just been conversation BUT he did “accidentally” send the D pic to her that’s gone viral. Ray’s not buying it and tricks Safaree by telling him Lyrica told A1 they smashed. After hearing that, Safaree comes clean about this time in the studio…  Ray seizes the moment and tells Safaree she didn’t admit it, but now he knows he did their friend like that by hooking up with their buddy’s wife. “It shouldn’t have happened.” -Ray  Despite the revelation due to Ray’s trickery, it’s Ray’s hat that won the internet!

What do you think about Safaree confirming he hooked up with Lyrica?!

Tristan “insisted [his] personal trainer lover get an abortion” and “offered her $75,000 in hush money.”

But will proceeds from this "new chapter of my [Erika's] life" involve paying back victims she benefited from?

Dr. Tiffany Moon On Why Real Housewives of Dallas Was Canceled

"The cast got to such a dark place that we could not mend those friendships..."

Ezra was the tenth (and youngest) person to die in at or in the aftermath of the music festival.

"I don’t know whether to be really flattered that she’s so obsessed with me or sad for her that she has no other content.”

Rand asked randoms if they were looking for a 'daddy. '