Love & Hip Hop Atlanta Recap: Do It For Finesse 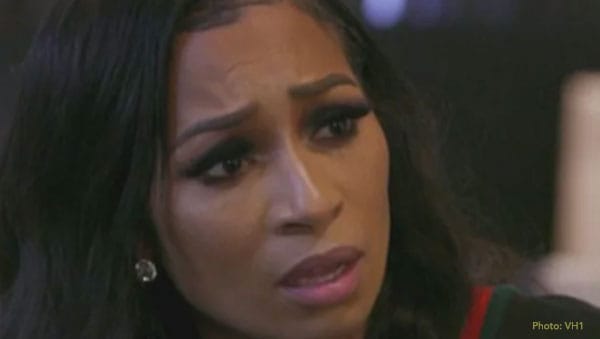 From the heaviness of Shooter‘s son’s funeral to heartfelt support, LHHATL Season 7 Episode 4 opens with Shooter and the guys gathered to pay their respect. “When I heard Shooter’s son got shot my heart really broke for him.” -Kirk Everyone feels for Shooter and want to do something to change the culture for their kids.

From funerals to family feuds, Tommie meets up with her mom, Samantha, to apologize for throwing hot chocolate at her sister Versace the last time they were all together. Samantha’s still fighting for the cause and wants theses stubborn sisters to work it out. Tommie just can’t let it go that her sister filed battery charges against her and has her dealing with the law while Versace just wants to move past it like nothing happened. She can’t just sweep it under the rug. So they agree if Tommie’s mom can get Versace to apologize, then maybe Tommie will accept it and move on. And after Tommie agrees to this plan, her mom says she wants a family portrait. Tommie agrees if Versace apologizes, then maybe she’ll participate in the family portrait.

From mamas to baby mama drama, Kirk Frost finally has to face Jasmine Washington after avoiding her and his son for over a year. She wants to know why, since the DNA results have been confirmed, is he avoiding his son?! He says he pays his child support and that he wants to play a role in his son’s life, but he’s not going to deal with the dudes and other chicks coming at him (referencing the threesome situation Jasmine had going on last season). Jasmine admits it got messy but she’s matured and just wants her son to know his siblings. And she wanted to apologize to Rasheeda in person which is why she rolled up to Pressed. Kirk agrees this all needs to happen in due time, but he’s gotta manage it. What can happen sooner rather than later is Kirk seeing his son. She shows him a cute video of their son and it hits him,“Yeah I did that.” -Kirk

From sit downs to serenades, Karlie Redd and her new boo, Sean Garret, have a romantic evening in, appetizers and all. The ‘situationship’ seems to be heading towards relationship as they start to share some of the heavier stuff happening in their lives. Because they are both effected by the murder of Shooter’s son, they’re going through it with their own family deaths. Karlie shares how her estranged dad was recently being diagnosed with cancer and is reaching out to have a relationship now.  “You’re the first person I’ve talked to about this.”  -Karlie So to show her appreciation for Sean, she gets all frisky and jumps up on him!

From situations to service, Yung Joc and the guys volunteer at a community service day to keep Shooter’s spirits up since losing his son. In giving they receive, and the time out helps clear their head. Promoter K. Botchey‘s girl Keely rolls up looking like she should be hitting the club, not picking up trash. Joc’s face is all of us when we see the ridiculousness of this outfit!

Keely asks Shooter what’s up with his soon-to-be-ex wife Sierra and he feels like she’s been a no-show since he lost his son. Keely thinks Shooter should move on so she wants to set him up with someone. Joc and Botchey don’t think that’s the best way to distract him right now since he’s grieving. “Why try to block his blessings.” -Keely They continue to protest but she’s stubborn and going to do it anyway. So this sounds like the perfect set up.

From set ups to separations, Kirk faces estranged wife Rasheeda Frost to let her know he talked to Jasmine and told her that she can’t roll up to Pressed. He also relays Jasmine wants to have the kids meet and to apologize to her. Rasheeda wants Jasmine to stay in her lane, but she does want to see Kirk be a good father to his son. Kirk uses her good graces to press his luck… and asks if she’d consider letting him back into the house since they work better together on business dealings when living under the same roof. That’s a no!

From amicable to ambush, Samantha sets up a 70s theme family portrait but doesn’t tell Tommie it’s the photoshoot. She’s expecting this meeting to be the sit down where she gets an apology from her sister, Versace. Tommie rolls in drunk and sees everyone dressed up smiling for the camera. “There have been things that haven’t been discussed. I’m out.” -Tommie  Versace does a backhanded apology and that just fires up Tommie for a fight! Things escalate to a serious sibling screaming match and security escorts Tommie out.

From botched photoshoots to Botchey’s promotions, the cast comes out for a Just Brittany performance hosted by K. Botchey. Botchey’s girl Keely is there to support and Joc is there to bae-sit. Apparently Keely gets jealous when Botchey’s working a room packed with women so he’s gotta stand guard.

Joc successfully protects Keely from the going after the other women, but when Botchey comes back to check in she jumps right in accusing him of talking to these “THOTS.” She gets so mad she throws a drink at Botchey and storms out. “Keely, why you do that?!” -Joc

From the club scene to cancer patient, Karlie is now in charge of her estranged dad’s failing health. She’s brought him out to ATL for a visit and trial run before deciding to move him out to take care of him. Her sister stops by and Karlie shares with her that she just got all this paperwork sent to her stating she’s his power of attorney and in charge of the trust. Karlie’s freaking out because she doesn’t really know her dad so why does she have to be the one in charge. The sister just says that’s on her as the leader of the family.  “What if I change my number?” -Karlie  “They’re gonna have to call Jesus.” -Karlie’s sister

From medical issues to manicures, Just Brittany asks Keely to get their nails done so she can get the scoop on whether to sign with Stevie J. (Do these women watch the show?! No one should ever sign with Stevie!) She fills Keely in on being ambushed by Enchiladas (Estelita) and Esperoza (Erica) and how they tried to make her feel like a cheap b*tch. Keely’s actually the voice of reason and says there’s probably something else that’s triggered them and Stevie should bring the women together since they’ll be potential label mates. Britney thinks that’s a good idea but wants Keely there so she invites her to an event Stevie is going to be having (in the next episode).

From cuticle remover to cliffhangers, the show ends dramatically with Tommie walking in to a sit down with her ex  boyfriend Scrapp De Leon’s other ex, Tiarra. Wha?!

Do you think Tommie’s mom was right to try to ambush Tommie that way? Sound off in the comments!

Be the first to leave Comments for Love & Hip Hop Atlanta Recap: Do It For Finesse

Lydia thinks that people should celebrate Thanksgiving with their families amid the covid 19 outbreak.

Why Drag Shows And Bingo Are the Perfect Match