Home > Buzz LHH Round-Up: Let Me Know When It Gets Real

LHH Round-Up: Let Me Know When It Gets Real

I want real or nothing at all. 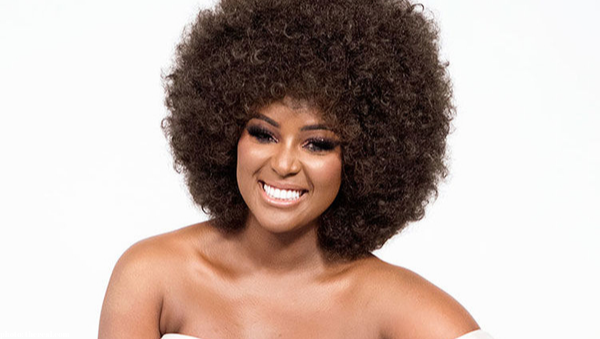 Being in the spotlight comes at a high price.  It’s not all glitz and glamour.  Sometimes it’s pain and heartbreak. One thing it always will be, is real.

Love her or hate her, Love & Hip Hop Miami’s Amara La Negra keeps it all the way real.

Recently she revealed a very important and intimate secret to all two million of her Instagram followers in the post below.

Here is a Secret: I use to hate My Big Thighs, My Fat Ass, My Cellulite,My Hips! I was Bulimic For 3 years and Hospitalize Twice. I always wanted to be skinny and Tall Like The Victoria Secret Models. It took me a long time to accept that this is my Body! You have to learn to deal with it and Love it! God does us all Perfect in our own way! We are naturally never satisfied and we always want what someone else has but it don’t work like that. You are beautiful and amazing just the way you are! Remember that!!! ———————————————————————————Aquí hay dejo un secreto: ¡Por mucho tiempo odiaba la forma de mi cuerpo, mis pompas, mis caderas! Fui Bulímica durante 3 años y Hospitalize 2 veces . Siempre quise ser delgada y alta como los modelos de Victoria Secret. ¡Me tomó mucho tiempo aceptar que este es mi cuerpo! ¡Tienes que aprender a aceptarlo y amarlo! ¡Dios nos hizo perfecto a cada uno en su propia manera. Naturalmente, nunca estamos satisfechos nunca estamos conformes, siempre queremos lo que otros tienen , pero no funciona así. ¡Eres hermosa/o e increíble tal como eres! ¡¡¡Recuerda eso!!!

The singer spoke out about a long battle with an Eating Disorder, how she never truly loved herself and has come to learn that in order to be loved by anyone else she had to learn to love the person that she is.  Flaws and all.

And to top it all off Amara has found her diamond in the rough in boyfriend EmJay.  Just take a look at these adorable birthday tributes that he shared.

That squeal you just heard was me.  I am fangirling HARD right now at the confirmation of my favorite couple returning to the Love & Hip Hop New York franchise.

Give me some sugar 💋😏#Noperfectpeopleallowed

Rapper Jim Jones confirmed during a radio interview with The Breakfast Club that both he and Chrissy Lampkin will be returning to the show.  Well sort of.

In the interview, Jim confirmed that Chrissy will be a cast member on the show with Jim popping in from time to time.  This is interesting as longtime fans will remember that Chrissy always wanted to be on the show, however back then Jim was the draw.

These two along with Emily Bustamente paved the way for the hot mess express that is Love & Hip Hop.

This is a huge moment for the duo and for fans of the show. When the show originally aired in 2012, fans were able to catch a glimpse into the behind the scenes action of Chrissy, Jim Jones and a cast of friends. The show touched on how they balanced love, music and the almighty dollar.

Chrissy & Jim went on to land several spin-off series and have never fully left reality television even after a very abrupt and dramatic exit from the franchise.

According to Jim, Chrissy pushed to return to the show and will finally be getting her recognition for being the brains behind the premise of the show.

I’m all for a reconciliation between my favorite couple and Mona Scott Young if it means Chrissy Lampkin and all of her “I don’t give an F” attitude will grace my television screen.

The storyline for the two may be about their wedding which has still yet to happen.  No offense but it’s been 20 years.  I’m good on that.

And unless you’ve been living under a rock, Jim made headlines recently when he was named in a racketeering case as Tekashi 6ix9ine snitched on basically everyone he could think of.

We will have to see if the couple allows cameras to follow along with that saga or if this will be RHOBH 2.0.  You know that show where they will talk about a dog but never disclose the multiple lawsuits against them and lack of money sitting in their bank accounts.

Cyn Santana is Moving on With No Regrets.

It has been quite a year for Love & Hip Hop New York Star Cyn Santana.  In a matter of three months she went from engaged to single and is now sharing that singlehood is the best decision of her life.

Cyn parted ways with ex-fiancé and baby daddy, Joe Budden back in May of 2019. Both are in the upcoming season of LHHNY and we are waiting on bated breath for the two to discuss their breakup.

The reality star and aspiring singer sat down with fellow reality star, Tiffany Pollard whom you may remember from shows including Flavor of Love and I Love New York.  Cyn addressed the breakup on  VH1’s “Brunch With Tiffany.”

She was open and honest about her reasoning for calling things off and how she had to put her mental health first and wanted to ensure peace for both her and the couple’s son.  Cyn shared that at this point in her life she is the happiest that she has ever been and she also spoke on her past relationship with Erica Mena which she shares having no regrets.

Check out the video below.

Safaree Gets His Princess!

Safaree Samuels has spent his entire life seeking acceptance.  Wanting to be loved by any and every one.  And he has finally found his happily ever after.

Safaree and Erica Mena, pregnant and recently married learned that they are going to be parents to a beautiful baby girl soon.

The newlyweds had a lavish gender reveal party over the weekend, and both took to their Instagram accounts to express their joy.

Tonight we find out 🥰🙌🏽 Boy or Girl? Thanks @therealdrjackie for being by our side this whole time & keeping this secret from us 😏 I was trying hard to get her to tell me but because @safaree didn’t wanna know until after our wedding she kept her word. What do you all think we are having Boy 💙or Girl 💖

Congratulations on your marriage and baby girl.  We are all so excited for you!

Are you surprised by Amara’s revelation?  Will you be tuning in for another season of LHHNY to see the return of the originals?  Let me know in the comments below.

Be the first to leave Comments for LHH Round-Up: Let Me Know When It Gets Real