Home > Buzz LHH Round-Up: Another One Bites The Dust

LHH Round-Up: Another One Bites The Dust

Nothing lasts forever in their world. 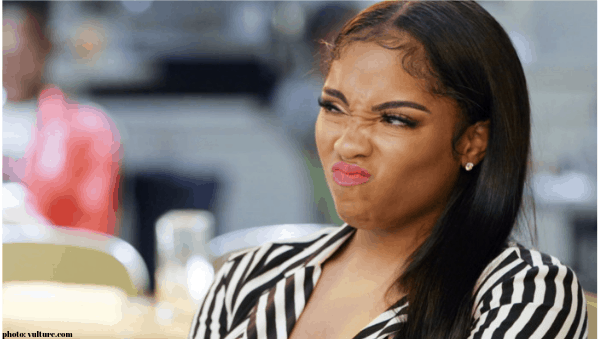 I Cops No Pleas

In New York we do things a little differently and star of the Love & Hip Hop New York franchise, Remy Ma knows that better than anyone.

When Remy was offered a plea deal for allegedly assaulting her co-star Brittney Taylor, she said she was taking her chance in court.

The rapper is scheduled to go on trial July 12 for the alleged assault that took place on April 16 at a charity concert at Irving Plaza.

According to court documents, the Manhattan District Attorney’s Office offered the rapper a no-jail plea deal.   Remy rejected the deal that called for her to plead guilty to the top charge, assault in the third degree, and complete anger management.

The reality star and rapper has been portrayed as a model parolee since her release from prison but has since seen a change in her routine.  Authorities are requiring her to wear an ankle monitor, weekly check-ins with her parole officer which used to be every four months as well as an adjusted curfew from 11 PM to 8 PM.

Should I Stay or Go?

Whatever will happen to her infamous husband Ray J who may or may not remain with the show as there has been no word on his future with the franchise.

The couple just celebrated the first birthday of their daughter Melody Love at Disneyland.

Raise your hand if you think there’s more to the story here.

Show Me Your Cards

The most ridiculous court case that I doubt will ever come to an end has taken a step towards resolution.

Teairra Mari appeared in court on May 22 where she presented a multitude of documents that outlined her sources of income.

The reality star also was able to have a bench warrant removed by the judge when she supplied the courts with a funeral program proving that her grandfather had passed away and she was unable to attend a scheduled hearing.

It’ll be ok Curt…in the end it’s always OK. For now #Fofty I will give u this..a hug from BEHIND & a check, the LINK IN MY BIO..Curtis likes it ask him‼️🤷🏽‍♀️#Stillaintgotit #getthestrapON NEW MUSIC #linkinbio

This chick is quick on her feet and when the pair stop battling it out on social media and give into the mounting sexual tension, I think these two could mastermind the world.

Another one bites the dust for Love & Hip Hop Atlanta’s Karlie Redd.  She and her fiancé, Maurice “Mo” Fayne, have reportedly broken up.

Fayne shared with his followers in a now deleted Instagram post that Karlie allegedly cheated on him.

Power couple, #ArkansasMo & The Princess of Hip Hop & Rap, (#KarlieRedd) are officially over.💔🥺 We need some time to fully process this— so, forgive us if we’re a little distant today. In the meantime, we’ll be listening to #Karlie’s greatest hits for the remainder of the week.🎧🎶 #LoveAndHipHopAtlanta

Let me just say that he learned this from an Instagram live where Karlie was seen to be flirting with a rapper.  This seems to be their MO because if either one is talking to a member of the opposite sex then that is cheatation in their eyes.

Your relationship is exhausting. Let us have peace.

Karlie’s response to that post was a video of herself evidently receiving in-vitro fertilization treatments.

Thank U @dr_jerisa For Helping Me Take My Medicine Today For My IVF Process! We still working on having our baby! We working it out y’all #BabyBoy 🙏🏽

Again, let us have peace.

Will Remy do time?  And is it finally splittsville for Karlie Redd and her latest dude?  Let me know in the comments below!

Be the first to leave Comments for LHH Round-Up: Another One Bites The Dust