Gina Kirschenheiter's husband claims she has refused to sit for a deposition in their divorce battle. 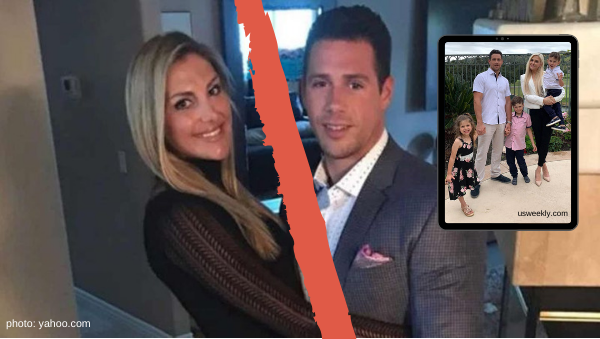 Real Housewives of Orange County star, Gina Kirschenheiter‘s ex-husband, Matt Kirschenheiter, has legal demands for Gina in regards to terms of their divorce. He claimed Gina has “refused to sit for a deposition in their divorce battle,” according to a report from The Blast. The two are set to face off in court in January, so Matt wants Gina to depose her prior to the hearing so he can build his case.

The parents of three are set to appear in court to battle for the custody of their kids, child support, and the restraining order taken out against Matt by Gina. In case you forgot, Gina accused Matt of domestic violence earlier this year. Click here for a refresher.

Matt is clapping back by claiming Gina said she will only discuss financial matters and not the domestic violence or other issues.  Not only is he asking a judge to order Gina to sit for a deposition, but he is also demanding Gina turn over financial documents- including her RHOC salary. The cherry on top is Matt wanting the judge to sanction Gina for $5,444.71 because she didn’t sit for a deposition.

In case you missed it, judge ordered Matt to pay Gina $10,000 in monthly support. Per the deal, Gina has primary custody of the kids, but Matt is hoping that changes. He does not support his estranged wife gaining primary custody of their children and filed for joint custody. Oh, and he is demanding the amount of spousal support be slashed.

I spilled all the reality tea with Taste of Reality creator, Troy Turner, on last week’s On This Day Entertainment podcast. Click here to hear our opinions on RHOC!

What do you think would be best for the Kirschenheiter kids? Sound off in the comments!