Can LVP and Kyle ever be friends again? 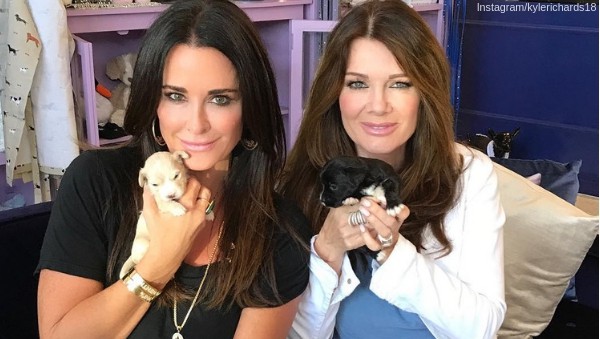 Though the rumors have been spreading since the beginning of the season, Real Housewives of Beverly Hills’ Kyle Richards says she is not through with her friendship with Lisa Vanderpump.

Speaking with Us Weekly on November 8th at the Rebag Los Angeles Store Opening in West Hollywood, the reality mom shared that she’s not going to say never when it comes to LVP.

“You know? I love her, I really do. She’s a good friend of mine for many years and I love doing the show with her and I hope so. We have fun together, laugh together, so we shall see,” Kyle said.

And Kyle even spoke out about the rumors that Lisa is not getting along with the rest of the RHOBH cast. “I keep seeing stories out there that she’s not been invited and excluded. She’s invited to every single thing that we’re … everyone’s been invited to everything,” Kyle said.

“People speculating or people saying, ‘Oh, she’s being bullied or excluded’ is not true,” Kyle clarified. “That’s not the case at all. So they’re going to have to watch this season and see themselves, but, you know, she’s always included, and I guess if she wants to come around and show up, she will.”

Kyle even shot down the gossip that the start date of the new season has been pushed back because of Lisa’s ongoing reluctance to shoot. “You know what? We started later this year, so every year we start a little later and later,” she said. “At the very beginning, we premiered in October. Then it was November, then it was December, so over the years, it’s kind of gone on.”

“A lot of it actually has to do with our schedules ourselves, so we had to get all of the traveling out of the way over the summer before we started to shoot. Because before we were like, ‘One’s not back yet, one’s not back yet.’”

But in the end, Kyle remained pretty tight-lipped about what viewers should expect to see next season.

“It’s, like, a wild ride this season, I swear,” she explained. “You never know what’s going to happen. Every day, I’m like, ‘What is happening next?’ I don’t even know.”

Is there a future for LVP and Kyle? Sound off in the comments!