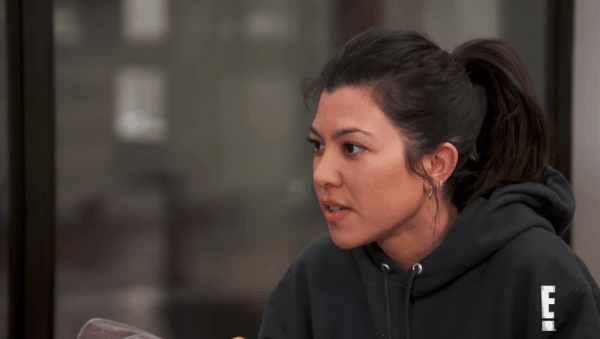 Real talk: I can’t remember a time I cried more than I did during the latest episode of Keeping Up With the Kardashians. Aside from the happy arrival of baby Stormi, it was an all-around emotional episode of the show. So, grab some tissues and read on to see exactly what went down.

If you have a dog, or any pet really, the segment on Gabbana probably also brought you to tears. Khloé Kardashian‘s beloved dog, who was the family’s dog over the years, passed away in the latest episode. Khloé said that she came home from work one day to see that Gabbana couldn’t get out of her bed. With the help of her assistants, they rushed her pup to the vet, where they related that she had cancer and would need to be put down.

I truly felt for Khloé and can’t imagine the pain she must have been feeling throughout this ordeal. Khloé, as strong as ever, pushed through and shared some of the sweetest memories of her dear friend. She even got Kendall Jenner a necklace featuring Gabbana’s footprint. And, in a moment that really got me, she said that Gabbana left her when the dog knew that she wouldn’t be alone (in reference to her daughter, True). It was probably the most emotional episode of the series to date, for me, at least.

Kourtney Kardashian continued her trend of getting into an argument with every last one of her family members this week. On the latest episode, Kris Jenner is the unfortunate victim. Kourtney tells Khloé that her therapist believes Kourtney has issues with Kris because she cheated on their dad. Kourtney also says that she’s never gone to her mom for advice or comfort which seems like a pretty serious thing to say.

Khloé becomes the default mediator during this latest skirmish. But, despite her best efforts at the family dinner, nothing’s truly resolved until Kourtney and Kris have a private convo of their own later. Through tears, Kris relates that she wants Kourtney to be happy no matter what. Kourtney says that she just doesn’t want to be around the negative energy, a subject she already discussed with her sisters. Um, I have a feeling that the common denominator (*Kourtney*) is the root of the negativity, but that’s just me.

The most positive segment of the week came courtesy of Kylie Jenner and baby Stormi Webster. In one of their in the moment interviews, Kim Kardashian tells Kylie that her pregnancy might be one of the best-kept secrets ever and… I truly have to laugh. Everyone and their mother knew that Kylie was pregnant, come on now.

Kourtney heads to Kim‘s, where she tells her that Kylie‘s in labor. Kim‘s a bit annoyed since she thought that she’d be in the delivery room with her. Kourtney takes a weird delight in Kim realizing that she won’t be a part of her little sister’s big moment, surprising no one. Later, Kim, Kourtney, and Kris talk about the delivery, with the momager revealing that she delivered her grandchild herself, which is kind of the Kardashian way at this point. Kylie finally gives KUWTK viewers a glimpse of Stormi when she visits her family. She even tells the crew that pregnancy was an amazing experience for her and that she misses it. So, could another baby Webster be on the way?

Was Kourtney out-of-line during this tiff with Kris? Tell us your thoughts in the comments below!

Be the first to leave Comments for KUWTK Recap: The Perfect Stormi