Home > Buzz Kourtney Kardashian Can No Longer Keep Up With the Kardashians; Reveals She Doesn't 'Want to Film Anymore'

Kourtney Kardashian Can No Longer Keep Up With the Kardashians; Reveals She Doesn't 'Want to Film Anymore' 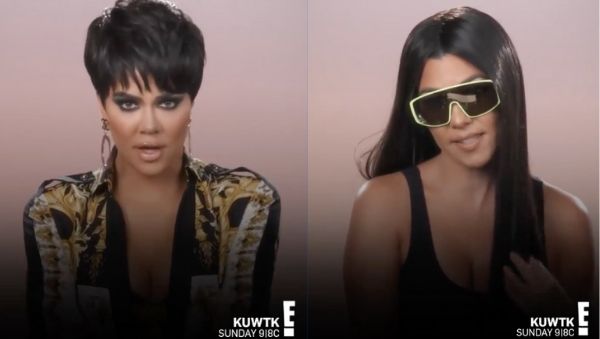 Kourtney Kardashian has made it clear she can no longer keep up with the Kardashians.

On the season 17 finale of Keeping Up With the Kardashians, Kourtney revealed that she’s reached her “breaking point” with the show.

During dinner, while in Wyoming, the Kar-Jenners discussed the future of their long-running reality TV show, which debuted on E! in 2007.

“If we continue to work together and try to be respectful of what everyone else’s needs are around us and listen to what each other are saying, I think that we can definitely carry on filming this show,” momager Kris Jenner said.

She also added that the family should remain “united and do it as long as everybody is happy.”

Kourtney chimed in and said that everyone needs to “be respectful of each other’s boundaries.”

“If everyone acted like you did, filming-wise, then we’d absolutely have no show,” Kim said.

“I have three kids that are my priority more than the show,” Kourtney fired back. “Why do I have to say it 25 times? I’m not going to change my mind.”

That’s when Kourtney dropped the bombshell that she’s reached her “breaking point” with the show.

“What I’m saying is I’m getting to the point where I’m not happy. Everyone has their breaking point,” she continued. “Life is short. It’s not all about filming this show.”

Then in her confessional interview, Kourtney admitted she had reached her limit with the show.

“It’s not okay that I feel like I’m at my breaking point,” Kourtney confessed. “I need a break, and I don’t want to film anymore.”

“I think that she’s really torn on what she should do,” Kim said of her older sister. “Does she stay on the show, or does she get off and live a different life that she claims she’s wanted for so long? I hope that Kourtney finds clarity in whatever decision that she chooses to make. I just want her to feel like she’s at peace.”

“I never want my sisters to be sad or upset,” Khloé added. “I think everybody has to do what’s best for them.”

Meanwhile, the season 17 finale then wrapped up with some hilarious fun. Each member of the Kar-Jenner crew dressed up as one another.

For their final dinner in Wyoming, Khloé dressed up as Kris, Kris as Khloé, Kourtney as Kim, Kim as Kourtney and Kendall as Kylie. Penelope Disick also dressed up as a mini Kylie.

Tonight on the finale of #kuwtk !! It’s safe to say I had WAYYYY too much fun being the Kris Jenner!! She’s so fabulous! PS I never thought I looked so similar to my mom until I put on this wig.

Be the first to leave Comments for Kourtney Kardashian Can No Longer Keep Up With the Kardashians; Reveals She Doesn’t ‘Want to Film Anymore’