It looks like the feud will never die with these three 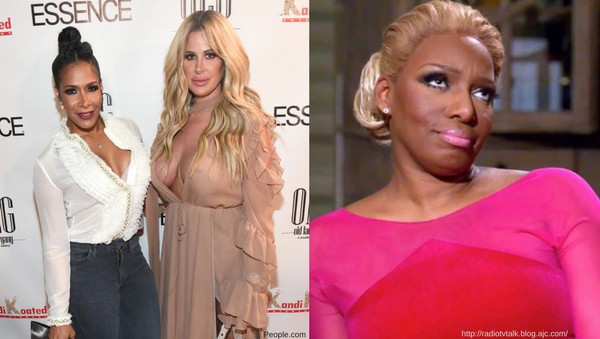 It looks like the feud between NeNe Leakes, Kim Zolciak-Biermann, and Shereé Whitfield has only gotten worse since the season 10 reunion aired on Sunday. The three have been sparring on Twitter and things are getting very, very ugly.

More from Taste of Reality: Kim Zolviak-Biermann and NeNe Leakes’ Feud Come to Blows on the RHOA Reunion

The drama started when NeNe retweeted a fan who accused Shereé of being jealous of NeNe and pointed out that NeNe has replaced Shereé as the “it girl.”

RT @Vivalaglam702: Sheree bringing up things from 20 years ago about what she’s done for nene shows that there maybe some jealousy about @NeNeLeakes success on #rhoa esp when Sheree said “i was the it girl then” meaning she ain’t the it girl now ! Nene is !

“Sheree bringing up things from 20 years ago about what she’s done for NeNe shows that there maybe some jealousy about @NeNeLeakes success on #rhoa,” Vivalaglam702 writes. ” [Especially] when Sheree said “I as the it girl then” meaning she ain’t the it girl now! NeNe is!”

This re-tweet is an endorsement, so we know how NeNe feels.

Meanwhile, Shereé, who was recently fired from the show, saw NeNe’s tweet and fired back with a post on Instagram. She slams NeNe, saying, “what else would one expect from a woman who wishes RAPE on another woman!”

@neneleakes I am not worried one iota about ur lies or anyone coming to me about what I was able to accomplish hands down, ALONE. I know being the bitter, nasty, jealous. hateful person u r, it may b hard to swallow, so not surprised u would hate and try to discredit. But what else would one expect from a woman who wishes RAPE on another woman! #vile Just know I sleep great at night and am very much at peace with ZERO worries! U on the other hand not so clear! R u still making those large credit card purchases and running up ur cc's then calling them same cards in stolen or lost? How many times have u done that now? #fraud The FEDS may b coming to u! Won’t b long boo! God dont like ugly!! And its so obvious the envy, hate and jealousy u have.. .u "claim" ur mad bcuz 1.U inserted urself in my personal life with your comments/opinions 2. bcuz I didn’t tell you had multiple bugs in ur house??? #girlbye #callOrkin #Twitterfingers #cyberbully u saw me for months but said none about this…even when I confronted u multiple times! So no, WRONG GIRL and WRONG ANALOGY! #BitterBITCH

“I am no worried one iota about ur lies or anyone coming to me about what I was able to accomplish hands down, ALONE,” Shereé writes. She continues that she is “not surprised u would hate and try to discredit.”

Then Shereé accuses NeNe of running a credit card scam where she makes large purchases and then reports that they were stolen.”The FEDS may b coming to u!” Shereé writes.

Of course NeNe jumps into actions because, hello, those are some very serious accusations. She fires back at Shereé on Twitter,  “This girl is so mad with me over nothing! I’m the only one that can get her to talk!”

NeNe defends herself against Shereé’s credit card fraud accusation,”My credit wasn’t even good even good enough to get a credit card back then until I became THAT GIRL,” NeNe Writes.

But of course, Shereé doesn’t let NeNe slide. Looks like someone was putting their Notes app to good use!

“Who said back then?” Shereé writes. “And please, we’re tired of your ish playing the victim! Ur days start thinking of me…#flattered.”

Then Shereé strikes a real low blow and takes aim at NeNe’s business, Swagg Boutique, “Shouldn’t u b over there in another heavily filtered photo shoot from yr thrift store?” she writes. “#Buyerbeware b4 purchasing at Swagg make sure u check the internet shopping sites first.”

Oof. NeNe responds to Shereé’s tweet on Instagram, venting her frustration over how Shereé has been attacking her creditability. “I can’t have nothing damn!” she exclaims.

A post shared by The Real Housewives of Atlanta (@therealhousewivesofatlanta) on Apr 11, 2018 at 6:44pm PDT

In an attempt to mock Shereé, NeNe writes, ” I just ain’t never gonna be “Dat Girl” opening a New Swagg Thrift Boutique location in Vegas round September. Jog on over!” Remember, NeNe says, it will be CASH ONLY.

Then Kim Zolciak-Biermann jumps in trying to ruffle a few of NeNe’s feathers,”NeNe has been trying so hard to get Wigs that look like mine!”

But NeNe hits her right back, “@Kimzolciak has been trying to get lips like mine since she was a baby! Bye Mannequin.”

Of course, Kim wasn’t going to take that insult and turn the other check.  She shot back that NeNe has been trying to “hide the fact that you had your antlers removed when you were a baby.”

Oh ok hunni and you have been trying to hide the fact that you had your antlers removed when you were a baby https://t.co/nV59cexPzi

Just when we thought Kim had settled the matter with her nasty insult, she retweeted a fan who was concerned that host, Andy Cohen had shaded Kim by saying that she buys her wigs from Party City. (Which, LOL even Party City had something to say about it). 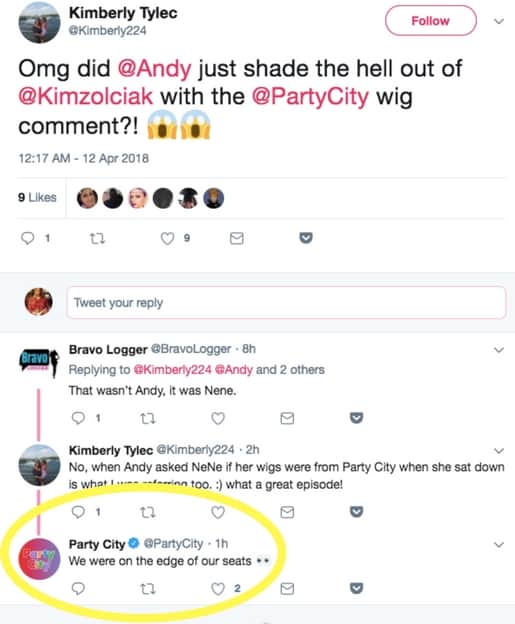 The remark was actually made by NeNe. Yikes!

It looks like these three will truly never make-up with each other, so the best we can do is watch the drama unfold in the meantime!

Tell us whose side you’re on in the comments!

one Comment for Kim Zolciak, NeNe Leakes, and Shereé Whitfield Go At it in Messy Twitter Exchange