'The Kardashians' premiers on Hulu on Thursday, April 14. 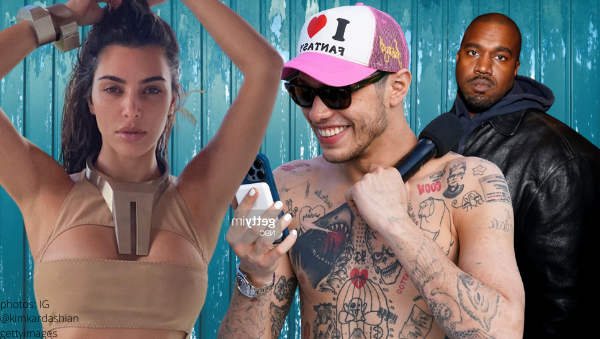 In an extensive interview with Variety, Kim K. dished on what fans can expect on the upcoming Hulu series, The Kardashians regarding her boyfriend, Pete Davidson, and ex-husband/baby daddy, Kanye West.

Viewers will officially learn the origin story of Kim and Pete’s relationship, past sharing mutual friends, and- of course- Kim’s gig hosting SNL.

Kim says that when the new show premieres, viewers will see “how we met and who reached out to who and how it happened and all the details that everyone wants to know.”

Unfortunately for fans of the SNL funny guy, Pete has yet to film with Kim and her family. “I have not filmed with him.”

“But if there was an event happening and he was there, he wouldn’t tell the cameras to get away. I think I might film something really exciting coming, but it wouldn’t be for this season.”

FYI, The Kardashians have a 2 season (40 episode) commitment on Hulu.

Before rapper, ‘Ye, repeatedly aired his family’s dirty laundry and harassed his ex’s new boyfriend on social media, Kim and Kanye had a much healthier co-parenting relationship.

Never forget, Kim even took their kids to their dad’s album release party in mid 2021. Since then, the relationship has soured- to say the least…

According to Variety, Kanye “figures into a major arc in the first episode.”

“Being in the public eye and having disagreements publicly is never easy,” Kim confessed.

This is where Kim and Kanye differ…

“But I do believe in handling it all privately. I believe in championing publicly and criticizing privately.”

“I don’t think I would ever criticize the father of my children on my TV show. That’s just not really what I’m about, and I just don’t think that would ever make me feel good.”

In regards to the former couple’s four kids, Kim is mindful of what “the kids will see.”

“The reality is, we’re always a family. We always will have a love and respect for each other.”

“And even if there’s moments where it might not seem like that, there are so many moments that are super positive.”

“I do think it’s important for people to see that things aren’t perfect all the time, but that they can get better.”

The Kardashians premiers on Hulu on Thursday, April 14.

What do you hope to see from the Kardashian and Jenner family in their new series? Sound off in the comments.