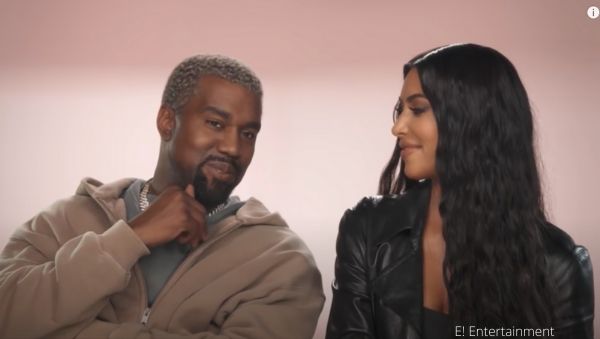 Kanye West will be playing a much bigger role on KUWTK moving forward.

On season 16 premiere of KUWTK, Kanye took part in his first confessional with his wife, Kim Kardashian West.

Kim opened up to Entertainment Tonight about how it all came about.

“It was so funny because he loves The Incredibles and we were watching and they were opening it in a confessional, and so he was like, ‘OK, I think I can do that,'” she explains.

Kim adds that she had to explain to her often outspoken husband how confessional interviews work.

“He can be a long talker … I just said, ‘We can edit out the length and, you know, just say whatever you want to say,’ and he was like, ‘What is this, like, an interview?'” she shares. “And I was like, ‘No, well, just, like, you have to kind of retell what had happened and, like, set the tone so that, you know, the story can make sense to some people if they didn’t catch everything that we were filming’. He was like, ‘OK, I got it.'”

The Kar-Jenners celebrated the premiere of season 16 of KUWTK

Our Sweet 16! Can’t believe Keeping Up With the Kardashians is premiering our 16th season tonight! Be sure to tune into E!

On Sunday season 16 of Keeping Up With the Kardashians premiered.

A quick breakdown of the episode:

Kim and Kanye announce baby no. 4

MJ feels iced about by the family

Kourt and Younes breakup; Kourt heads to Palm Springs for a girls weekend with her sisters and friends

Kim, Kanye, and kids head back to Chicago

Khloé and her sisters, Kim and Kourtney, stopped by Jimmy Kimmel Live on Monday. During the interview, Jimmy grilled Khloé about her love life and suggested she stop dating basketball players after the last scandal involving her ex Tristan Thompson.

But turns out Khloé wasn’t having it and made it clear she likes what she likes.

“I do want to ask about this character that you had a baby with. Is it time to stop dating basketball players?” Kimmel asked Khloé.

Kendall Breaks Her Silence on the Fyre Festival Fiasco

i do my own stunts

Kendall was one of many celebrities who promoted the Fyre Festival before it turned into a dumpster fire. Now the KUWTK star is breaking her silence on her involvement in the scam.

“You get reached out to by people to, whether it be to promote or help or whatever, and you never know how these things are going to turn out,” Jenner confessed in a New York Times interview on Saturday, March 30. “Sometimes it’s a risk.”

The Keeping Up With the Kardashians star continued, “I definitely do as much research as I can, but sometimes there isn’t much research you can do because it’s a starting brand and you kind of have to have faith in it and hope it will work out the way people say it will. You never really know what’s going to happen.”

Kourtney’s much-awaited lifestyle website Poosh finally launched on April 2. The website debuted with a bevy of articles and interviews covering everything from How to Look Good Naked to Kris Jenner’s two cents on What It Takes To Be A Boss.