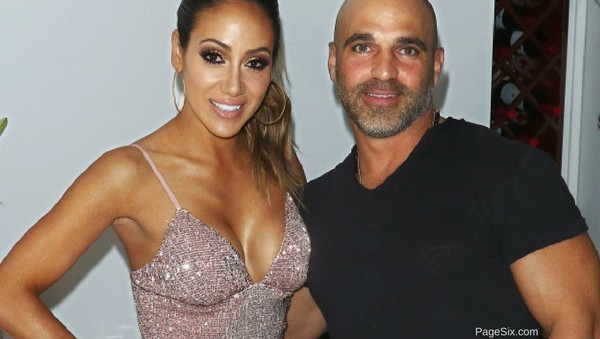 We hope this isn’t true! According to All About the Tea, Real Housewives of New Jersey’s Joe Gorga has allegedly been caught with his hand in the cookie jar.

According to the report, Gorga had been shopping in his local Home Depot when he was caught red handed. There is no mention of what Joe stole, but according to sources who spoke to All About the Tea, the store banned Gorga from the premises instead of involving the police. But this wouldn’t be the first time that the Gorgas have gotten themselves in hot water.

Two weeks ago, Melissa Gorga confessed to selling fake Chanel purses in her New Jersey boutique Envy by Melissa Gorga.  While Melissa painted the incident as an innocent mistake, customer requests for refunds have since gone unanswered.

The report also says that in December 2014, Joe was and Melissa owed over $2 million to various contractors. A source told the site that Joe “doesn’t pay anybody.”

And in January 2018, Joe and Melissa and sister, Teresa Giudice, closed their restaurant Gorga’s Home Pizza & Pasta, amid rumors that management had been “acting shady.”

We can’t know exactly what is going on with the Gorga’s finances. But between Melissa’s recent confession and Joe’s rumored theft, we can only guess that all is not well in the Gorga’s home.

Update:  Radar Online has reported that they spoke to Joe Gorga, who vehemently denied that the incident occurred.

He adds, “I’m in Home Depot ten times a day. I develop buildings. The managers, owners, everybody knows me. It’s bullsh**t.”

Radar also reports that they could not confirm the incident with any of Joe’s local Home Depots.

Let us know if you’re shocked by the news of Joe’s shoplifting in the comments!