Angelina Pivarnick had her destination bachelorette party in New Orleans! 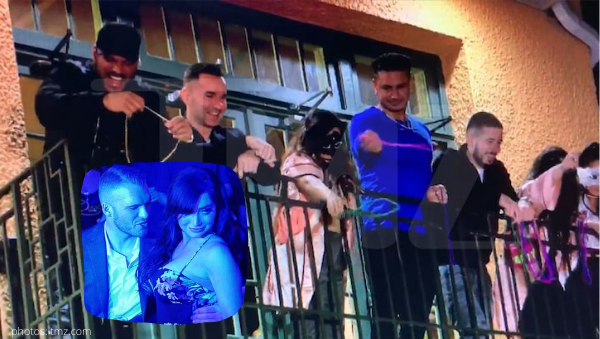 The Jersey Shore cast parties Mardi Gras style as Angelina Pivarnick‘s bachelorette party was held in New Orleans before she ties the knot with Chris Larangeira on November 20.

Also in attendance was the newly released from prison, Mike “The Situation” Sorrentino, and Ronnie Ortiz-Magro, who may soon head to prison. If you haven’t been keeping up with Ronnie’s baby mama drama, click here.

I was surprised to see JWoww in attendance at Angelina’s bachelorette party, considering their recent drama. In case you missed it, JWoww’s boyfriend was caught hitting on Angelina in Las Vegas. Although it looked like the incident could have ended their on-again-off-again friendship, the ladies have mended fences – for now at least.

If you could have a destination bachelor/bachelorette party, where would it be? Drop your answers off in the comments!