Jared Haibon Compares Living With Ashley I. to 'Three's Company'

Jared Haibon Compares Living With Ashley I to 'Three's Company' 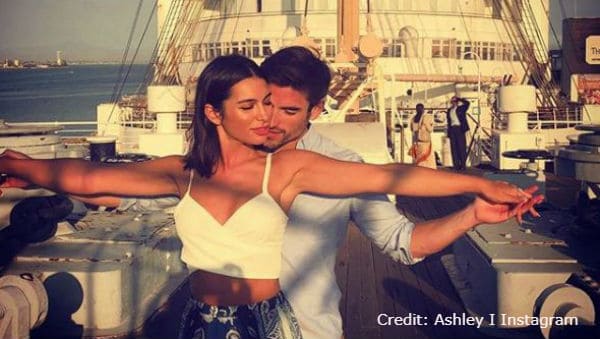 Jared Haibon and Ashley Iaconetti are doing great. Jared used to live with Nick Viall, but then he moved out to live with his fiance Ashley I. Now, Us Weekly shared that he is comparing living to Ashley to the famous show Three’s Company. It turns out that her sister is living with the couple as well.

It was a month ago that Ashley and Jared moved in together. It does seem to be going well for the couple, but Jared had a bit to say about it.

“It’s a very seamless transition, so it’s Ashley, myself and then her sister Lauren lives with us as well. It’s kind of like Three’s Company, it’s fun.”

On the show, Three’s Company John Ritter lived there with two women. He wasn’t gay but had to pretend that he was so that they could live there and not be given a hard time about it.

Jared is saying that he feels like he has always belonged there. It took him a while to realize that he wanted to be with Ashley for sure, but now that he is finally there things are going great. Ashley and Jared are now engaged and working on their wedding planning. The fans are hoping that they will end up having a television wedding so that they can see it all happen.

If you remember, Ashley’s sister was on Bachelor in Paradise  but didn’t find love there. Her name is Lauren and it is unknown if she has found love outside of the show or not.

Fireworks three years in the making.

Are you surprised to see that Jared Haibon and Ashley I are living with her sister as well? Let us know in the comments, and don’t miss watching Bachelor in Paradise on Monday and Tuesday nights on ABC. This season will show Ashley and Jared’s big engagement.

Be the first to leave Comments for Jared Haibon Compares Living With Ashley I. to ‘Three’s Company’