Bethenny's new guy has been revealed! 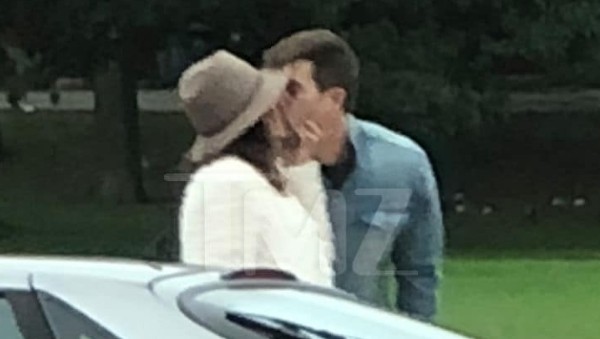 It looks like the cat’s out of the bag! The new beau of Real Housewives of New York star Bethenny Frankel has finally been identified and he’s actually a Hollywood big-shot.

According to a report made by Us Weekly, Bethenny’s new man is producer Paul Bernon, whose past credit include the 2013 film Drinking Buddies starring Anna Kendrick and Olivia Wilde, the Netflix movie Dude, and the recent Nick Offerman picture, Hearts Beat Loud.

A KID LIKE JAKE premiere 5/21/18. It was a honor to produce this important film with amazing cast, crew and fellow producers. See it in theaters on June 1st through @ifcfilms! #akidlikejake

His LinkedIn also noted that Paul is the cofounder of Burn Later Productions “an independent film finance and production company founded in 2012 that specializes in character driven relationship comedies.”

But that’s not all we know about Bethenny’s new leading man. Paul happens to live in Boston and Us Weekly noted that he serves as a managing partner for Rubicon Real Estate, LLC, a company that owns and manages investment properties primarily in New England.

Bernon is also a divorcée and a father; he split from wife Ashley Bernon in September 2017.

What do you think of Bethenny’s new guy? Sound off in the comments!

Be the first to leave Comments for Identity of ‘RHONY’ Star Bethenny Frankel’s New Beau Revealed!