The starlet discussed her roller coaster of emotions, including guilt. 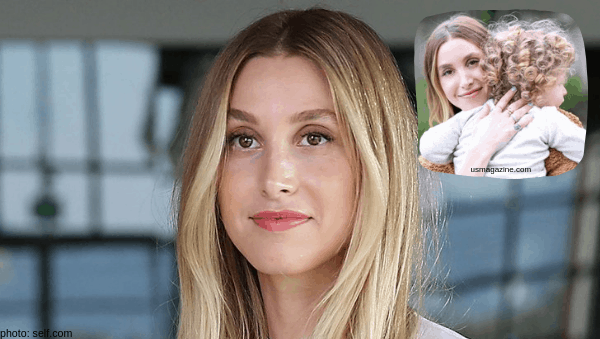 The Hills star, Whitney Port, recently suffered a miscarriage. The starlet used a couple of her public platforms, her podcast With Whit and her Instagram page, to open up with her fans and followers about the variety of emotions she felt.

This is really hard for me to write. Two weeks ago, I had a miscarriage. The amount of various emotions I felt in the past couple weeks have been extreme…from shock to sadness to relief, which then led to guilt for feeling that relief. My identity has been shaken in regards to who as a mom and human being. I’m currently in the process of learning to accept that my feelings are valid no matter what they are. Whether or not people feel the same way as me or not. They are my personal emotions that are the result from my own journey. The video above is a glimpse into the story and coming to terms with how I feel. I welcome anyone to share their stories or feelings. I want my platform to be an open place where we can share difficult conversations. To see more of this video click the link in my bio. and to hear the full conversation visit my podcast #WITHWHIT

Whitney shared with her listeners that she and husband, Tim Rosenman, were expecting a sibling for their son, Sonny Sanford, whose 2nd birthday is on Saturday.

According to Eonline.com, “Whitney admitted that having a second child ‘really scared’ her after having a ‘hard time’ with her first pregnancy and a ‘hard time’ with her first year with Sonny. But, she decided to stop taking her birth control and thought to herself, ‘If this happens on its own, then amazing, it is meant to be and we will have a second child. And if it doesn’t happen, then we’ll discuss it when we’re both ready to have it.'”

Whitney learned she was pregnant again on a work trip to New York City, the former star of The City again felt “scared,” according to Eonline. “I felt extremely ashamed and guilty that I felt this way,” Whitney stated. “And so, these layers of shame and guilt make it so hard to talk about.”

People.com reported, “I welcome anyone to share their stories or feelings,” Port continued. “I want my platform to be an open place where we can share difficult conversations.”

Do you think that Whitney sharing this tragic story will help others struggling after having a miscarriage? Sound off in the comments!