Home > Buzz LHH Round-Up: Keep Your Hands to Yourself

LHH Round-Up: Keep Your Hands to Yourself

Time to learn some boundaries. 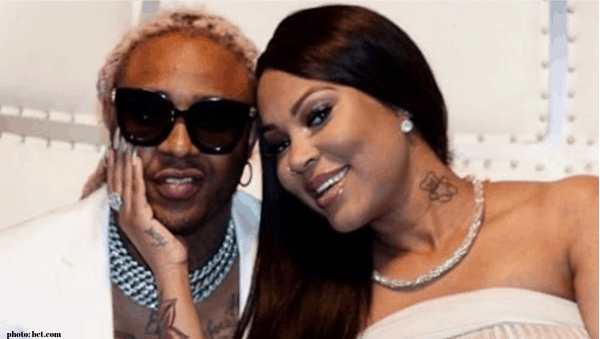 Lives to See Another Day.

For the past few weeks, rumors were floating around that Love & Hip Hop Miami was canceled.  And in the interest of full disclosure I can’t even say that I really cared.  You must admit that the Miami cast is B-O-R-I-N-G.

While it’s true that LHH Miami is the lowest rated of all four franchises it is also the newest and is filmed in one of the hottest cities.

I know that this isn’t my lane, but what might help is for the show stick with a single time slot since over the course of Season 2 the show was moved three times.

I have said it once and I will say it again; it is time for a cast overhaul.  No one knows them.  No one cares about them and not one of them is doing anything of substance.

Sorry Trina, you’re a sweetheart but I’m good on you.

For those of you who love the Miami crew, fear not because the show will return for a Season 3.  Apparently, the Love & Hip Hop switched production companies and for each franchise filming has been pushed back which translates into delayed premiere dates.

I guess we all know what that means.  A bunch of break-ups, make-ups, fights and engagements are about to go down.  Tune into your social media, my friends.

Rules Are Meant to Be Followed.

For Tommie Lee Christmas has come early.  If she is a believer, she may want to send a big thank you to God.

This is a woman who was facing the next 54 years of her life in prison.  However, she won’t spend not even one more day behind bars if she stays out of trouble for the next ten years.

The former Love & Hip Hop Atlanta star pleaded guilty to five charges in her child abuse.  She was sentenced to ten years’ probation and has been ordered to complete a residential recovery program and 12 months of outpatient therapy.

And while this sounds like the best outcome, if Tommie Lee has one slipup she is immediately going to be remanded to prison. Basically, she can’t do anything that Luann de Lesseps is able to get away with.

Under the terms of the probation agreement, Tommie must refrain from violent contact with children, can only travel outside of the state of Georgia with written approval and is also unable to attend any work or promo events where substances are present.

That means a role on Love & Hip Hop is OUT.

And even better, Tommie Lee can’t get into too much trouble since she has an 11 PM curfew and must submit to random urine testing.

Good Luck with your freedom girl.  I’m rooting for you.

Another Day Another Breakup.

Another relationship bites the dust in Tinseltown.

If you can recall their entire storyline last season was centered around Lyrica’s alleged affair with Safaree Samuels.  There was even a pregnancy and a DNA test ordered.

The couple who welcomed a son, Ocean Zion Bentley in November 2018 were married in 2017.

Let me just set this up for you:

Girl find your own man!

While the couple has yet to confirm their split, sources claim that Lyrica has moved out of the family home and both have unfollowed one another on social media and removed all their photos together.

Sounds like the drama is about to get R-E-A-L.

Maybe I’m jaded, but you can’t tell me that we haven’t seen this storyline play out before.

Forgive me for I am about to speak on a situation that will never, and I mean never end.

She actually used the term “broke broke” when speaking with the judge.

When the judge asked for further explanation, Mari claimed she was paid $8,000 per episode of Love & Hip Hop Hollywood and made over $100,000 for last season.

Furthermore, she recently moved in with her boyfriend as she has been unable to afford her rent as well as other expenses.  Luckily, she is still able to cover her cell phone bill.

Her not so good friend 50 Cent told her the courts that Mari is either being reckless with her funds or hiding assets.

And now the never-ending story just got interesting.

Which side are you on?  Team Teairra Mari or Team 50? Are you happy that LHH Miami is returning for a third season?  Let me know in the comment below!

Be the first to leave Comments for LHH Round-Up: Keep Your Hands to Yourself