Home > Buzz Guess Who Might Be Coming Back to 'RHONY'?

Our favorite redhead is back! 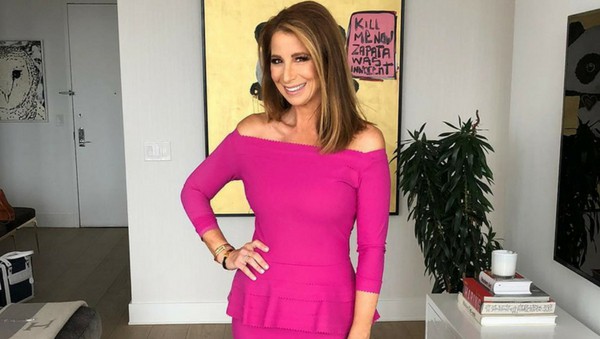 Well that didn’t take long! After a hasty exit made by Carole Radziwill yesterday, there is a new rumor that Jill Zarin will be replacing the award-winning journalist on next season’s Real Housewives of New York.

The tip was dropped by gossip writer, Rob Shuter. In his brief, but important message, Shuter wrote, “@Jillzarin is already in talks to return to Real Housewives and replace @CaroleRadziwill.” And added that Jill was “great TV.”

The move would be historic for the Bravo franchise. Jill was fired from the RHONY in 2011 after she got into a major feud with former-friend Bethenny Frankel. And in 2015, a source told The New York Daily News that producer Andy Cohen had refused to allow Jill on a Real Housewives special because “naturally [he] chose his friend Bethenny” over Jill. A rumor which is surround the reasons why Andy has never extended an invitation to Jill in the past to make her grand return.

However, viewers will be quick to remember that Jill and Bethenny buried the hatchet this season, after Jill’s husband Bobby lost his battle with cancer. The two shared a brief moment of reconciliation and reports swarmed that Bethenny had finally introduced Jill to her daughter Bryn.

Speaking of her tenure on the show with Oprah in 2014, Jill said that she felt like she thrived on reality TV. “I have to admit, I liked the drama,” she said. “I really did. I kind of liked it. I liked the fighting and the making up… Let’s be honest, I was perfectly suited for the show.”

“I was given the opportunity of a lifetime,” Jill continued. “Not everyone wants that opportunity, but a girl like me? With a mouth like mine? It’s a dream come true.”

Well let’s hope that if this rumor is really true that Jill BRINGS IT on the next season of RHONY!

Would you be happy to see Jill back on TV?

Be the first to leave Comments for Guess Who Might Be Coming Back to ‘RHONY’?