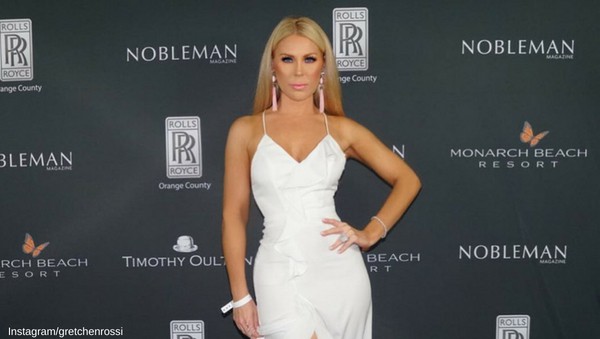 It looks like Gretchen Rossi from the Real Housewives of Orange County has been let off the hook. The Bravo star’s former-lawyers have officially dropped the $300,000 suit they had against the star.

According to The Blast, the Brown & Charbonneau LLP law firm filed papers to dismiss their case against against Rossi on July 18, 2018. The firm had originally filed a case against the Bravo star in 2016 over unpaid legal work they had performed for Rossi during her harassment lawsuit involving an alleged stalker.

The case had dragged on for years, to which the firm alleged they had sent Rossi invoices totally up to $301,000 and then sued Rossi for unpaid labor.

However, Rossi did not take the legal action lying down. She counter-sued Brown & Charbonneau claiming that they had made legal errors in her case and said that they had cost her unnecessary expenses throughout their time working together. She made the case that she had already paid the firm $405,000 in legal fees and accused Brown & Charbonneau of charging her additional unexplained fees.

But on July 18th, the two adversaries must have come to an agreement. Brown & Charbonneau closed their case against the real housewife, saying that their suit was “with prejudice” which means it can’t be refiled in the future.

The news comes amidst another legal battle for Rossi, on July 16th credit card collectors came after her and sued her for an unpaid balance of $9,433.56 on her CitiBank/Home Depot credit card.

Do you think Gretchen is in over her head? Let us know in the comments!