The legendary Watch What Happens Live! guest passed away at age 95 to stomach cancer. 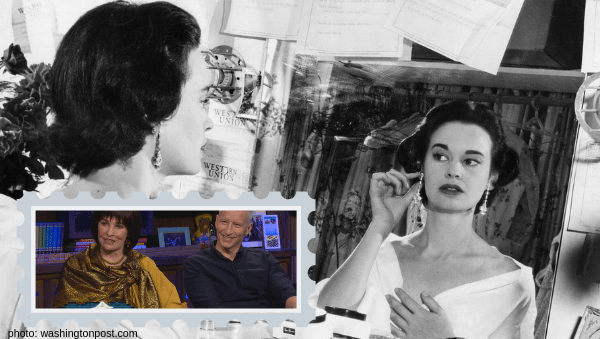 Fashion icon and socialite Gloria Vanderbilt passed away. The legendary Watch What Happens Live! guest and mother to Anderson Cooper passed away at age 95 to stomach cancer.

Nicknamed poor little rich girl, it’s only fitting that her celebrity & journalist son would grow up to be best friends with Bravo TV’s daddy, Andy Cohen. As a result, Gloria was a guest on WWHL, and quickly became a fan favorite.

“Her death was announced on Monday by her son, CNN anchor Anderson Cooper on Monday, who revealed that she died at home, surrounded by friends and family. ‘She was ready. She was ready to go,’ Cooper said through tears in an emotional obituary package which aired on CNN. ‘What an extraordinary life. What an extraordinary mom and what an incredible woman,’ he said at the end of it,” via Daily Mail.

The WWHL team quickly sent their condolences via Twitter.

We send our condolences to @AndersonCooper and his family today. Rest In Peace, Gloria Vanderbilt. https://t.co/hT9vZwLGWr

Andy went on Instagram to send his love to his son’s godfather and his family during this difficult time.

Gloria Vanderbilt was an amazing woman who lived a life filled with incredible peaks and impossible obstacles. Through it all she remained eternally optimistic with a wicked sense of humor. In fact, Anderson’s iconic and infectious giggle comes from his mom. Sending Anderson all my love, and may she Rest In Peace.

Another Bravolebrity joined in Anderson and Andy’s sorrow via Twitter.

Rest peacefully, Gloria Vanderbilt. You are forever an inspiration to so many women. 🙌 @andersoncooper

Which of Gloria’s WWHL appearances stand out most to you? Drop your memories off in the comments!