LHH Round-Up: It's All Fun & Games

Until Someone Gets Hurt. 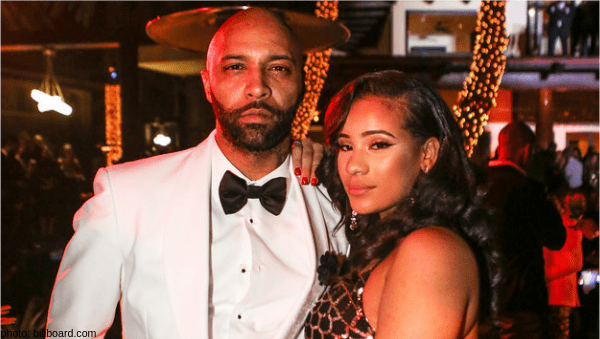 Remember that time when Keyshia Cole was a cast member on Love & Hip Hop Hollywood?  Yeah, me neither.

Keyshia announced on her Instagram that she is expecting a baby with her boyfriend Niko Hale.  Look at the photos of her adorable baby bump:

Went to Catalina island Last weekend. Had such a good time!!!! Surrounded by Loooooooooove❤️ Just enjoying good times and GREAT VIBES 🤰🏽 I have a few shows coming up next weekend, DETROIT, MIAMI, 🥰 #MOTHERSDay is coming 🤔 I’m ready for ALL THE Love and GREAT ENERGY 🥰

Congratulations to the the happy family.

Keyshia already has a son from her marriage to Basketball player, Daniel “Booby” Gibson.

I guess it’s no longer quiet on the home front for Remy Ma.  The Love & Hip Hop New York star turned herself into authorities last week on a misdemeanor assault charge.

Brittney Taylor alleges that Remy punched her in the eye during a concert at New York’s Irving Plaza last month.

Remy has denied the charge, shared that she never put hands on Brittney and states that she has proof to back up her claims.

Her lawyer is confident that security footage will vindicate Remy and the case will be dropped.  No witnesses have come forward to support Brittany’s claims and apparently there is no surveillance video at the event that shows Remy in the green room at the time of the alleged assault.

Remy Ma’s Publicist Issues Statement On Evidence That Could Refute Brittney Taylor’s Assault Allegations – Blogged By: @carmen.roxanna ⠀⠀⠀⠀⠀⠀⠀⠀⠀ ⠀⠀⠀⠀⠀⠀⠀⠀⠀ #RemyMa and her team have spent the last week combatting allegations of assault from LHHNY Star Brittney Taylor after she claimed Remy punched her in the face at a benefit show in Irving Plaza. The rapper did turn herself in following an arrest warrant for the incident and has since been released on $1500 bond, but now, her team says they have evidence that could toss Taylor’s claims right out of the window. ⠀⠀⠀⠀⠀⠀⠀⠀⠀ ⠀⠀⠀⠀⠀⠀⠀⠀⠀ According to TMZ, Remy's legal team says there's evidence that contradicts Taylor's claim, including home surveillance footage that reportedly shows Remy at her residence during the time of the alleged incident. Remy’s lawyer Dawn Florio says the venue has no video or photographic evidence of Taylor's injury from the alleged altercation. Reports state the incident happened around 9:30 p.m. but Remy didn't enter the venue until after 10:30 p.m. ⠀⠀⠀⠀⠀⠀⠀⠀⠀ ⠀⠀⠀⠀⠀⠀⠀⠀⠀ Remy has less than 90 days left of her five-year post-prison release supervision, and the Bronx native has remained focused on creating new music, all while promoting her various projects. Remy’s publicist issued a statement explaining the rapper’s situation and even called Taylor’s accusations into question. ⠀⠀⠀⠀⠀⠀⠀⠀⠀ ⠀⠀⠀⠀⠀⠀⠀⠀⠀ The statement reads, “In addition to the fact that Taylor bypassed numerous police officers that were on the scene to post allegations on her Instagram page and hired a civil lawyer, who is known for high profile lawsuits, both of Remy's ….…to read the rest log on to BallerAlert.com (clickable link on profile)

Brittney has been asking witnesses to come forward and currently there are only witnesses who confirm that Remy did not attack Brittney.

The Beginning of the End?

Over the weekend, the first official break-up of 2019 happened.  Or did it?

The pair unfollowed one another on Instagram.  Cyn even took it a step further by removing all images of Joe from her Instagram and she is no longer wearing her engagement ring.

The split allegedly comes after a huge fight and Cyn is done with the relationship.

Of course people are saying that Cyn is dropping clues with this Instagram story she posted:

#PressPlay: #CynSantana jamming to #Beyoncé’s “Don’t Hurt Yourself” on this lovely Saturday!! Word on the street is she and #JoeBudden are allegedly experiencing a lil rough patch in their relationship. At the moment they aren’t following each other, but we hope everything is all good!!

The song showcases a woman’s rage against the man who cheated.  Here we go!

The couple who share a 16 month old son have been together since 2016 and became engaged in December of 2018.

And while this last season of LHHNY was difficult for both and showcased Cyn’s postpartum depression as well as her complaints that Joe worked too hard and didn’t show her enough attention, the couple ended the season on a good note.

My spidey sense says that the duo didn’t have a story line for the season because let’s just face it that’s going to be a very long engagement.

Will the couple reunite?  And will Remy Ma do another bid? Let me know in the comments below.

Be the first to leave Comments for LHH Round-Up: It’s All Fun & Games