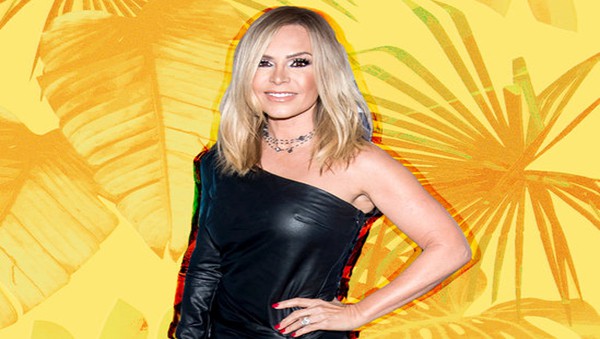 Tamra Judge wowed during a recent appearance on Watch What Happens Live with Andy Cohen!

The Real Housewives of Orange County star rocked a black one-sleeved draped leather mini dress that left our jaws on the ground.

Let’s do this @bravowwhl. Thank you @juliusmichael1 and @mspriscillanyc. Yes that’s gum in my mouth 🤦🏼‍♀️

Tamra looked absolutely stunning and every part of her look, head-to-toe, was perfection.

Dying for all the details on Tamra’s WWHL look? Well, you’re in luck!

Tamra donned the FENELA dress by House of CB. And if you’re anti-leather you’re in luck because Tamra’s dress is vegan.

While Tamra’s dress was a scene stealer her makeup and hair completed the look perfectly!

Be the first to leave Comments for #FashionFriday: Get Tamra Judge’s WWHL Look!