Naomie had to learn the hard way to keep her nose out of her friend's business. 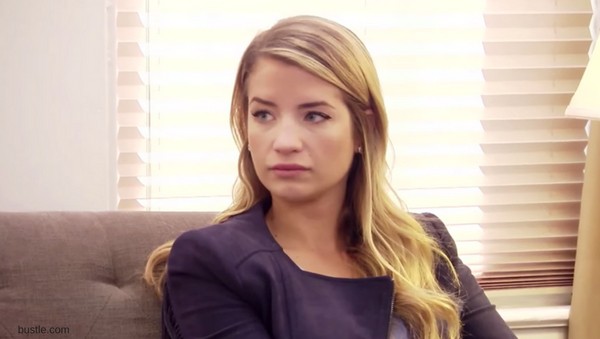 Yeesh, what ever happened to loyalty? Southern Charm recurring character, Elizabeth Madison, is scrambling to save her husband’s reputation after her (former?) friend Naomie Olindo made some serious infidelity accusations against him on last night’s episode. Elizabeth’s twitter rant is totally unexpected, given that Naomie stuck up for her at Shep Rose’s birthday dinner. But we all know what happens when you stick your nose into your friend’s marriage.

On last night’s episode, Naomie got very upset when J.D. tried to smooth over his relationship troubles with Elizabeth “Liz” to the other guests at Shep’s dinner. Naomie had apparently been Liz’s support system and confidant through their separation and was privy to the real dirt that J.D. had been cheating on Liz “with 20-year-olds” and took all of her money. We don’t know what J.D. was doing with all that money, but apparently it wasn’t paying rent for his restaurant, The Gentry Bar & Room.

Naomie had verbally attacked J.D. saying that he was not taking responsibility for his actions and that he needs to “be a better husband.”

Well today Liz is speaking out against Naomie, writing on Twitter that, “there is nothing worse than having what you thought was a friend make false allegations & take my PRIVACY & my OWN voice away!” Wow, so much for ovaries before brovaries, eh?

There is nothing worse than having what you thought was a friend make false allegations & take my PRIVACY & my OWN voice away! She is making allegations about JD & my family that are not true! This has hurt me more than I can express.😔 This BS didn’t come from me! #southerncharm

Liz adds that Naomie, “is making allegations about JD & my family that are not true!”

“This BS didn’t come from me!” she writes.

Liz clarifies that while she understands that she has exposed parts of her life by being on reality TV, she wants to be able to tell her story in her own voice.

Sure, I'm on a reality show & I expect to share parts of my life with the world! In the last 4 seasons, I chose what I would share.This season is obviously different. To be clear, it is MY life & I have my OWN voice. I choose WHEN & WHERE to voice it.

And finally, Liz disappoints us all and sticks up for that good-for-nothing husband of hers. “For @JDMadisonSC to be attacked like that is not acceptable,” she writes.

For @JDMadisonSC to be attacked like that is not acceptable. It was an unprovoked attack at a very inappropriate place.

“It was an unprovoked attack at a very inappropriate place.”

Of course we don’t know what is really going on with J.D. and Liz’s marriage and perhaps she doesn’t want to rock the boat in case they reconcile. Or maybe Liz is trying to take the high road and not trash the father of her children, that would be completely understandable.

More from Taste of Reality: Kim Zolciak, NeNe Leakes, and Shereé Whitfield Go at it in Messy Twitter Exchange

But according to Naomie, Liz knew about the fight before the episode aired! “Of course everything I said tonight was approved before AND discussed after with Liz,” Naomie says on Twitter. “Sad to see her covering for him again.”

Of course everything I said tonight was approved before AND discussed after with Liz. Sad to see her covering for him again. I wish you the best @lizcharleston1

Naomie signs off with a cordial, “I wish you the best,” but it’s hard to believe that these two could ever be friends again after Liz’s betrayal.

So tell us, would you have stuck up for J.D. and attacked Naomie? Let us know in the comments!