That was a read, honey. 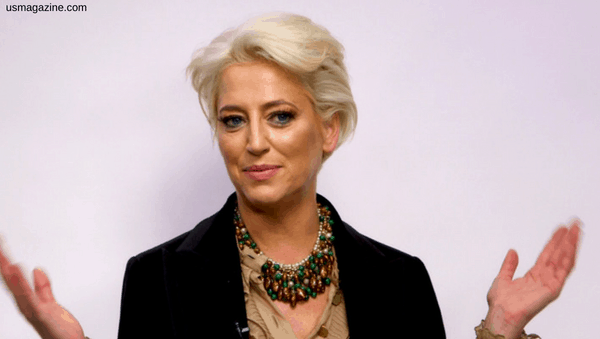 Dorinda Medley strikes again! It seems as if Real Housewife of New York, Dorinda Medley has a little problem with her costar, Luann de Lesseps. She sent out a damning tweet earlier today, throwing shade at the Countess like it was her job.

It seems the beef started after Dorinda read Luann’s blog post about the last episode of RHONY, where she was scathing in her opinion of Dorinda’s drunken outburst.

Bethenny invited Dorinda to Puerto Rico because she believed that she would be an asset on this relief trip. Instead, in an effort to appear relevant, Dorinda insulted Bethenny’s partners after she drank too much. You would think that by now Dorinda would realize that drinking makes her aggressive. It’s not a good look, and I hope she took to heart what Bethenny had to say about her drinking.

As for living alone, I get Dorinda’s fear of falling and not getting up. Maybe it’s time for her to get a #lifealert necklace?

Geeze, Luann, ouch! You could see why Dorinda might have been a little offended by that, right? We all know by now that when Dorinda is bad, she is VERY good and earlier today Dorinda was at her best. Dorinda responded to Luann via tweet, telling her that she does not need any of her advice.

Dear @CountessLuann are we to take advise from a pal who got so wasted she punched her then husband in the middle of a restaurant, followed by assaulting a law enforcement officer? Then Jail? You almost gotta love the complete lack of self awareness –

“Are we to take advise [sic] from a pal who got so wasted she punched her then husband in the middle of a restaurant, followed by assaulting a law enforcement officer?” she writes, adding, “Then Jail? You almost gotta love the complete lack of self awareness – .”

Dorinda is of course referring Luann’s drunken arrest last Christmas, which then led her to rehab.

While we do think that Dorinda made some low-blows against Luann, both ladies played their fair share in this new argument. And really, anyone who watches the show knows that both Dorinda and Luann are known for overindulging and getting very, very sloppy.

Tell us whose side you’re on in the comments!

Be the first to leave Comments for The Queen of One-Liners Strikes Again, Dorinda Medley Slams Luann de Lesseps