Is it us or is Dorinda taking this whole thing a little too far? 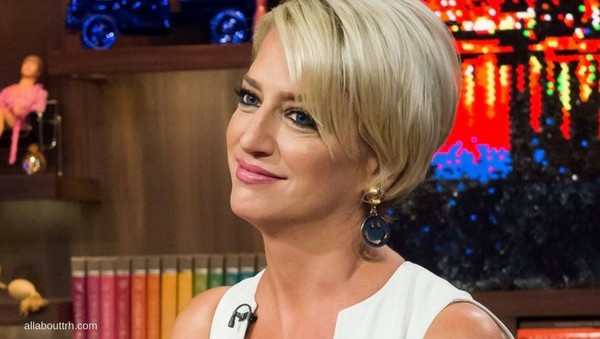 These two just can’t seem to leave it on camera! After a series of tweets addressing her beef with Dorinda Medley this season on Real Housewives of New York, Sonja Morgan was taken to school by the queen of one-liners herself.

The drama started when Sonja addressed a fan who tweeted her support of Sonja in her feud with fellow RHONY castmember, Dorinda Medley. If you watch the show regularly you’ll remember that Dorinda lashed out at Sonja after having enough of Sonja bemoaning her experience as a divorcée.

Dorinda, who must have been venting YEARS of pent up frustration, yelled at Sonja and said that her divorce could not compare to Dorinda’s experience as a widow. But apparently, not everybody agrees with Dorinda’s assessment.

“I just watched last episode again and Dorinda is really the one [that] started comparing divorce and death,” Twitter user, Lisa Renaud, writes. “And she’s the one that was screaming at Sonja. Then when she [told] the story over the phone to Carol [sic] she lied.”

#RHONY I just watched last episode again and Dorinda is really the one the started comparing divorce and death. And she's the one that was screaming at Sonja. Then when she reach told the story over the phone to Carol she lied.

More from Taste of Reality: Did Sonja Morgan Cheat on Her Husband?

Sonja was clearly checking the #RHONY hashtag because she re-tweeted Lisa’s message and added that after Dorinda slammed her on the show, she started rumors about Sonja’s former marriage.

Exactly! Then she starts the rumors about my marriage https://t.co/GJqpovzN6V

Sonja followed up her response with more tweets saying that she never tried to compare her divorce to Dorinda losing her husband (Dorinda’s husband, Richard, died in November of 2011) and in an attempt to prove her propriety (lol), she said that she never spread the “rumors” that she had heard about Dorinda and Richard’s marriage. Okay, but that’s catty, no?

I never brought up her husband she did. I never would. An didnt compare. I also wouldn’t repeat rumors, Yes rumors about her marriage. It’s shameful. She doesn’t know what happened in my marriage. https://t.co/AD5ysu3xVF

More from Taste of Reality: Hostess With the Least-ess: The 4 Things Dorinda Did Wrong At Her Halloween Party

Things really got off the rails when Sonja started talking about how hard it will be when her ex-husband dies. Responding to a fan who both divorced and lost her late husband, Sonja sort of made it weird and said that “I will be devastated when my ex passes as well.”

I will be devastated when my ex passes as well. We had a wonderful marriage &for reasons neither of us could control the bottom fell out. Thank you for sharing. https://t.co/l9otM42leH

“We had a wonderful marriage,” she adds, “& for reasons neither of us could control the bottom fell out.” Lest we forget, both Sonja and her ex-husband, John, have been rumored to have cheated during the marriage. 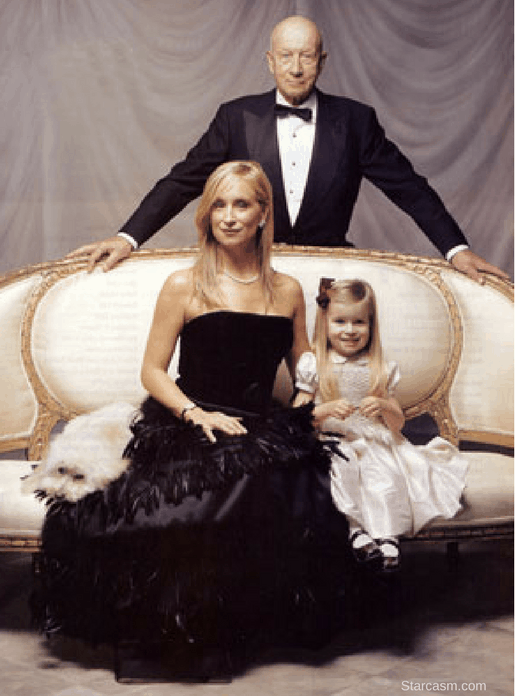 Sonja and her ex-husband, John Morgan.

Fellow RHOHY castmember, Carole Radziwill, paints a different picture of Sonja and John’s marriage that brings us some clarity. On her Bravo blog, Carole tells the tale of a “30-year-old restaurant hostess” who marries a wealthy man “25 years her senior.”

“Here’s a story: A 30-year-old restaurant hostess marries a wealthy man 25 years her senior. They love each other. Deeply. They have a kid. They buy a home, they travel the world, and host parties on yachts. Six years go by, then eight, then 10. The older man’s stories start to dull. The young pretty wife gets restless. Their eyes, once gazed longingly at each other, start to wander. Their marriage is marked by infidelities on both sides until one files for divorce. It’s not so shocking, is it? This story is played out countless times a year across the country. To talk about a marriage over a decade later, as though you had no hand in its demise, is frustrating for those who’ve had to listen to the historical re-write.”

Considering Carole’s take on the situation, perhaps it should not have surprised us that Dorinda could not take Sonja’s comments in stride. Responding to Sonja’s tweet, Dorinda writes, “His other three ex-wives and his current wife of 8 years will be devastated as well.”

His other three ex-wives and his current wife of 8 years will be devastated as well. #RHONY https://t.co/KzaGsV9Kig

While some fans loved seeing Sonja get bodied for her cringe-y statement, not everyone was ready to give Dorinda her props.

I too divorced in 2005 very different get it straight!

One Twitter user responded to Dorinda, saying that as a widow, Sonja’s divorce, “doesn’t preclude [her] from feeling her different type of loss profoundly.” She asks,”[Can] only widows can grieve the loss of a relationship?”

However, Dorinda was having a “I said, what I said” moment and took the fan to task. “I too divorced in 2005 [it was] very different get it straight!”

More from Taste of Reality: The 14 Greatest Dorinda-isms of All Time

Another fan responded to Dorinda, pointing out that she was perhaps being mean.

Yep! Meant to be realization hurts

But Dorinda stuck to her guns, flippantly saying that “realization hurts.” Not to use early aughts terminology, but is Dorinda a BAMF?

There were some fans who cheered Dorinda’s smackdown online. But it seems to us that Dorinda’s convictions might have lost her some fanfare.

Tell us if you think Dorinda was being mean in the comments!